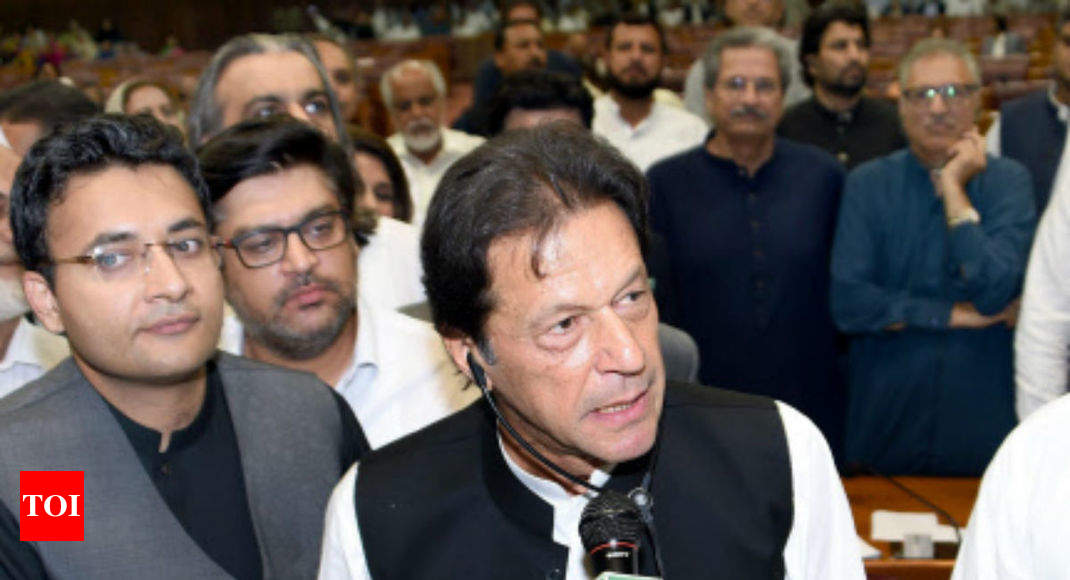 NEW DELHI: After being elected as the prime minister of Pakistan, Imran Khan, in his first address to the 15th National Assembly, on Friday, promised the nation that he would bring in the change that his country was hoping and praying for.

Sharing that he struggled for over two decades in politics, Pakistan’s PM-elect said that no military dictator had nurtured him. “My father was never in politics, I had no political experience, I struggled for 22 years and I am proud that we can lead this country to become what our hero Quaid-e-Azam (Ali Mohammad Jinnah) envisioned. His struggle was the strongest,” he said.

Assuring that people who have looted the country will be brought to justice, Khan said that the first thing to be done was to have strict accountability. “Those who stole this nation’s money and stashed it abroad, I will Insha’Allah bring them all to accountability,” said Khan.

In his speech, Khan also announced that he would answer questions twice every month as the PM to strengthen the Pakistan Parliament.

On improving Pakistan’s economy, the PTI chief said, “We will together debate and think on how to generate our own revenues so that we never have to be dependent on another country.”

Khan, during his address, didn’t mince any words to counter attack his opponents.

“I ask the parliamentarians who are shouting here, why they didn’t support re-counting in the four constituencies I had requested for. We had to go to the Supreme Court. Had they supported us, there would have been confidence over the electoral process across the board,” Khan said while hitting back at the lawmakers who protested in parliament prior to his address.