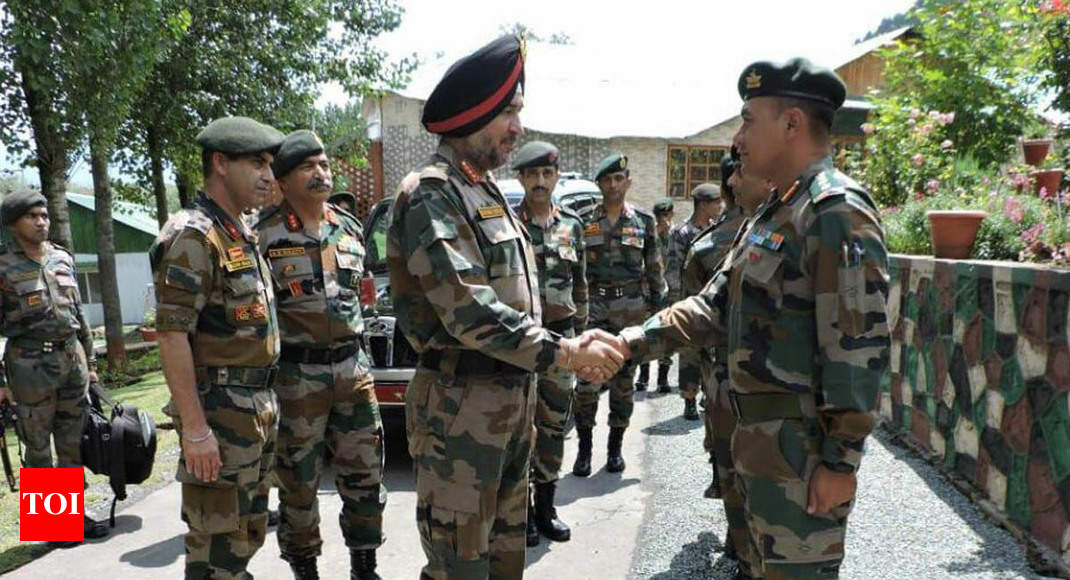 SRINAGAR: The Chief of Army’s Northern Command, Lt Gen Ranbir Singh, arrived here on a two-day visit to review the security situation in Kashmir in the wake of recent anti-militancy operations in the valley. He was accompanied by Chinar Corps Commander Lt Gen AK Bhatt.

The Army commander visited the hinterland formations in south Kashmir and was briefed by the commanders on ground about the current situation, defence spokesman Colonel Rajesh Kalia said.

“The Army commander arrived in Srinagar on a two-day visit today. The (purpose of the) visit is to review the prevailing security situation in the wake of recent counter infiltration and counter terrorist operations which led to elimination of many terrorists,” he said.

Lt Gen Singh was appreciative of the measures and the standard operating procedures instituted by the units and formations to minimise civilian causalities, he added.

The need to be prepared for effectively meeting emerging security challenges was also reinforced.

Lauding the excellent synergy amongst all the security forces, the Army commander exhorted all ranks to maintain a safe, secure and peaceful environment for the people of Kashmir, the spokesman said.