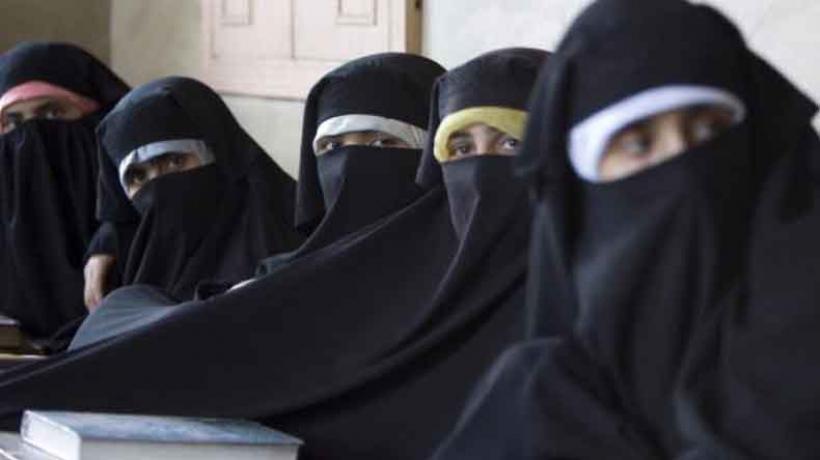 The Rajya Sabha was adjourned today at the end of the winter session, ensuring the “triple talaq” bill is pushed to the budget session which begins in less than a month. The Congress and BJP had issued whips to all their MPs in the Rajya Sabha to be present in the house today just in case the bill was taken up. Though it was listed in the Rajya Sabha’s agenda today, but, with a deadlock between the government and opposition continuing, it did not come up.

The government had largely seen this coming, having failed to convince the opposition to help pass the bill in the Rajya Sabha, where it is in a minority. A united opposition led by the Congress stuck to its demand that the bill, cleared by the Lok Sabha last week, be sent for review to a parliamentary committee.

The Muslim Women Protection of Rights in Marriage Bill 2017 seeks to make the instant “triple talaq” a criminal offence and proposes up to three years in jail as punishment for a Muslim man who divorces his wife by saying “talaq” thrice. The government has said that after the Supreme Court held the practice unconstitutional last year, the bill must be passed to ensure justice to Muslim women. Law minister Ravi Shankar Prasad urged MPs to pass the bill pointing out that despite the Supreme Court order, instant “triple talaqs” are happening every day.

The Congress and other parties – including BJP ally Telugu Desam Party and the AIADMK and Biju Janata Dal, called government-friendly parties because they regularly help it pass legislation in the Rajya Sabha – want further scrutiny of the bill by a select committee of the house, primarily voicing concern over the provision for a jail term. They have argued that if a man who abandons his family goes to jail, he will not be able to provide for them. They want the bill to include provisions for giving financial aid to Muslim women.

There are also concerns that if the law is passed, it could be misused as it gives anyone the right to complain to the police about the “triple talaq” to register a case and arrest a man.

The government is adamant it will not cede to the opposition and send the bill to a panel. It accused the Congress of double standards and insisted that the bill be debated in the Rajya Sabha so that it can “expose the Congress’ hypocrisy” for opposing it in the upper house after supporting it in the Lok Sabha, where it sailed through last week since the government has a big majority.

The ruling BJP said any concerns on the bill can be raised on the floor of the house. “The Congress is indulging in diversionary tactics. They don’t have any intentions of helping Muslim women. They are hiding behind the idea of a select committee. Congress must learn from history,” minister Ananth Kumar said.

After attempts to convince other parties to evolve a consensus around the bill failed during the winter session, the BJP, sources said, wants to try and bring them around between sessions. The budget session of parliament will begin in less than a month.

The Congress had last week repeatedly urged the government to refer the bill to a standing committee for review when it came up in the Lok Sabha. It has emphasised that it strongly backs any move to abolish the “triple talaq”, but wants provisions to be strengthened to effectively safeguard the interests of women.

“Our effort is to ensure a smooth passage of the bill… BJP is twisting the matter. It doesn’t believe in consultation and discussion. Congress is always in favour of the people,” Congress leader Mallikarjun Kharge said.