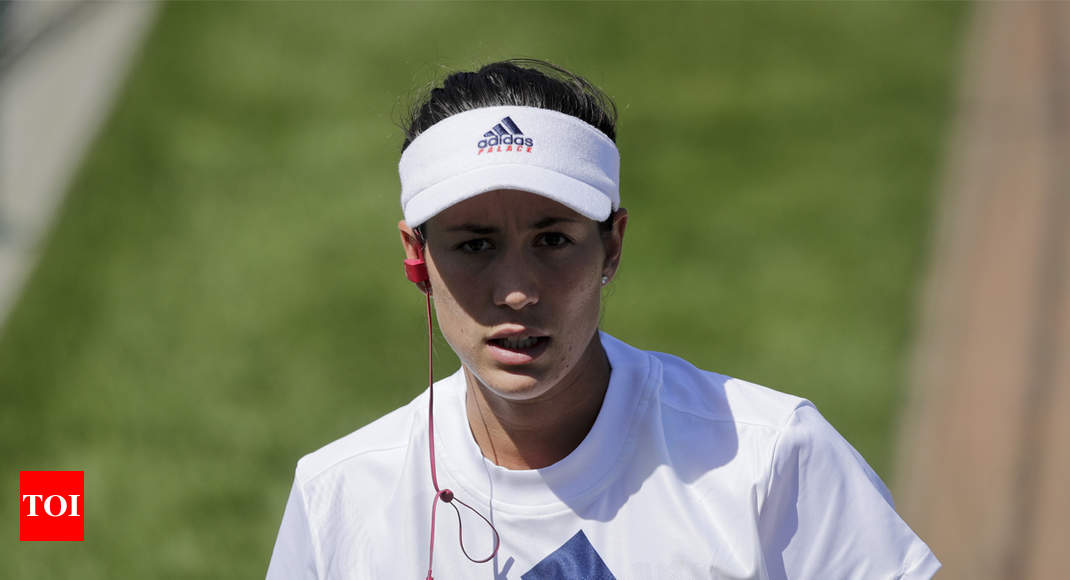 LONDON: Reigning champion Garbine Muguruza says she has removed ‘toxic’ thoughts from her head in the build-up to Wimbledon.

The Spaniard suffered a slump in form after winning the French Open in 2016 with the added expectation levels stifling her usual free-flowing attacking style.

A year after beating American veteran Venus Williams to claim the Wimbledon title on Centre Court, the Spaniard says she has learned to cope with the pressure.

“I feel always under pressure in every tournament. Of course, here it adds some extra. How do you deal with that? You just try to do your thing,” Muguruza, who will begin on Centre Court against Britain’s Naomi Broady on Tuesday, told reporters at the All England Club on Sunday.

“You try not to give too much importance to ‘what if?’ what’s going to happen. You just train and get ready.

“This is something that you just start to eliminate thoughts in your mind, especially toxic thoughts.”

Muguruza’s coach Sam Sumyk said they had kept talk of Wimbledon to a minimum in the weeks leading up to the tournament in which the Spaniard played only two matches on grass, losing to Barbora Strycova the second round in Birmingham.

“Sometimes, if you think too much too early about a Grand Slam, you can have bad energy. So it’s about making sure you don’t use too much emotional energy too soon,” Sumyk told the WTA website.

“During the Birmingham tournament, we didn’t speak about Wimbledon. Obviously at Wimbledon, we are thinking a lot about it and seeing how are we are going to do it. But when she was playing in Birmingham, she was concentrating on her grass game, but not specifically on Wimbledon.”

The tall Muguruza is a unusual in that she appears equally at home on claycourts and grasscourts — her booming groundstrokes having proved too good for both Serena and Venus Williams in Grand Slam finals.

Muguruza says she has a “different mentality’ now compared to when she turned up at last year’s Roland Garros as defending champion and suffered a tearful fourth-round exit to French player Kristina Mladenovic.

“I think it just doesn’t really matter what happened in 2017. It’s just about this year,” she said. “I think that’s what I had to learn in the French Open. This year it’s different. Different mentality.”

Muguruza believes this year’s tournament is wide open with whoever has a “great two weeks” a real threat, including Serena Williams who is returning after missing last year’s championships because of her pregnancy.

“She’s one of the greatest. Is good to have her in the draw. You always want to face the best opponents,” Muguruza said of the American who is seeded 25.