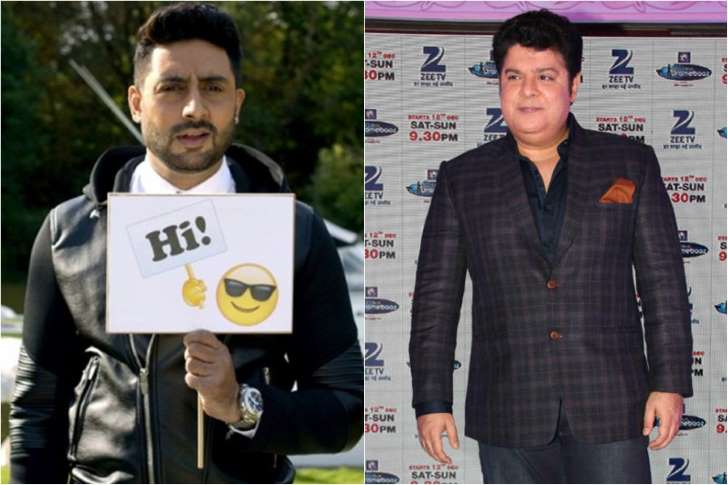 These days Abhishek Bachchan is apparently having a tough time finding a project which could prove to be enough to help him revive his sinking acting career in Bollywood. But luck has hardly favoured him in recent times.

Though Abhishek’s performance was fairly enjoyable in the third instalment of the franchise to land him a role in the fourth instalment, it looks like the Dhoom actor has failed to secure a place in the successful franchise.

According to a report in Filmfare, Bachchan is apparently quite unhappy with director and close friend Sajid Khan for not getting him on board the upcoming instalment.

To incorporate Abhishek’s character, producer Sajid Nadiadwala is reportedly making efforts to rework the script and find a suitable role for the actor in the film.

Recently it was reported that the makers of the Housefull franchise approached three actresses — Parineeti Chopra, Disha Patani and Kiara Advani — to be a part of their next instalment, minus Jacqueline Fernandez, who has been a part of second and third instalment.

Ritesh Deshmukh, who has been an important part of the franchise from the beginning, has reportedly been retained while John Abraham, who was paired opposite Jacqueline in the second instalment, has been roped in for Housefull 4.

Sanjay Dutt, who has been a part of comedy films like All The Best and Rascals, has reportedly joined the star cast of the film.

While the makers are yet to officially announce the cast of Housefull 4, it remains to be seen whether Abhishek will make his way into the cast.

Produced by Sajid Nadiadwala, Housefull 4 is reported to be a funny take on reincarnation that will switch between two different time periods. The film is expected to release next year.