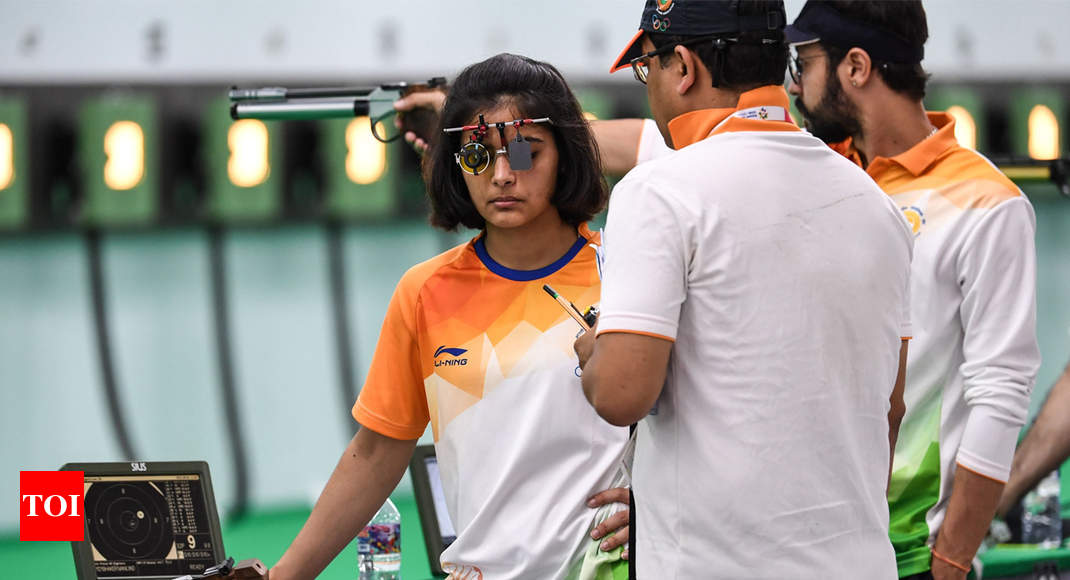 PUNE: The Indian rifle and pistol shooters have gone to Indonesia for Asian Games without an official physiotherapist. The team of 14 small-bore shooters is relying on Olympic Gold Quest (OGQ) – a not-for profit sports organization – physios to help them after their respective events.

The odd situation has emerged as the National Rifle Association of India (NRAI) preferred to take two junior team coaches along instead of the physios. The NRAI has taken junior pistol coach Jaspal Rana and junior rifle coach Suma Shirur to Asiad despite having in the contingent senior rifle and pistol coaches Pavel Smirnov and Oleg Mikhailov.

Rana has gone to Palembang with pistol shooter Manu Bhaker, while Suma has gone as Elavenil V’s coach. Both Manu and Elavenil are junior shooters who are shooting in senior events. In normal circumstances, when a junior shooter participates in a senior event, he/she trains under the senior coach. But the NRAI has made exception for Rana and Suma – at the cost of sending physios.

When asked about the need to send Rana and Suma with the team, NRAI president Raninder Singh admitted that ideally all the shooters should have trained with the senior coaches, but this time they had time constraints.

“Our shooters had a small window for transition from junior to senior competitions this time. I had asked the junior coaches to let go of their students once they enter the senior squad. But ahead of the Asiad, we didn’t have enough time for that,” Raninder told TOI from Palembang.

For the record, ahead of the Games, junior pistol shooters Anish Bhanwala and Saurabh Chaudhary had requested the NRAI to allow them to join the senior team camp, instead of training under Jaspal Rana.

Raninder admitted that the shooters were looked after by the OGQ physios but his hands were tied since they could apply only for a limited number of accreditations.

“We get limited accreditations and we could not accommodate the physios since we were taking the extra coaches. If I had the luxury of taking more people, I would have taken 2-3 physios with the team,” Raninder conceded.

“We had to request the OGQ to lend their physios for our shooters. We have a physio with the shotgun team, but I understand the requirements of rifle and pistol shooters are different than the shotgun shooter, so the shotgun physio won’t benefit the others,” Raninder added.