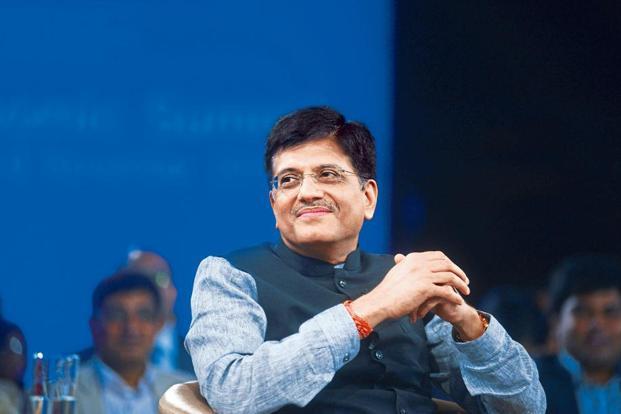 Finance minister Piyush Goyal. The rupee breached the 69 mark against the US dollar but recovered to close at an all-time low of 68.79 on Thursday.

New Delhi: Dismissing concerns about the rupee hitting an all-time low, finance minister Piyush Goyal said the macroeconomic situation is much better today than what it was in 2013 when the rupee last fell to similar levels.

“There is no need for a knee-jerk reaction. Appropriate steps would be taken after consultation with all stakeholders and taking into account global factors,” said Goyal on the sidelines of an event organized by the Institute of Cost Accountants of India in New Delhi on Friday.

The rupee breached the 69 mark against the US dollar but recovered to close at an all-time low of 68.79 on Thursday. A weak global situation, rising crude oil prices and inflation concerns led to the rupee hitting its lowest.

“In 2013, when the rupee touched 68-69 to the dollar, we had $304 billion in foreign exchange reserves, our current account deficit (CAD) was at 4.3% and fiscal deficit was at 4.5%. Today we have $425 billion in reserves—a 40% rise—the CAD is at 1.9% and fiscal deficit is at 3.5%. India is much better-positioned today,” said Goyal, who is handling the finance portfolio as Arun Jaitley recovers from a kidney transplant. This is in addition to his existing portfolios of railways and coal.

Goyal said that despite Iran controlling oil prices, the US Federal Reserve increasing interest rates and global economic instability, India’s macroeconomy is stable in every way.

He explained that in 2013 when the rupee fell, Reserve Bank of India (RBI) governor Raghhuram Rajan infused $32 billion into the economy via Foreign Currency Non-repatriable (FCNR) deposits. These deposits acted as an anchor, which stabilized exchange rates. Goyal said India repaid the amount fully and that the rupee hadn’t fallen below that level since.

To prop up exchange rates, Rajan had proposed a special window to swap these funds for at least three years, at a rate of 3.5%. Attractive to foreign investors and with enough deposits to repay, the rupee became less volatile.