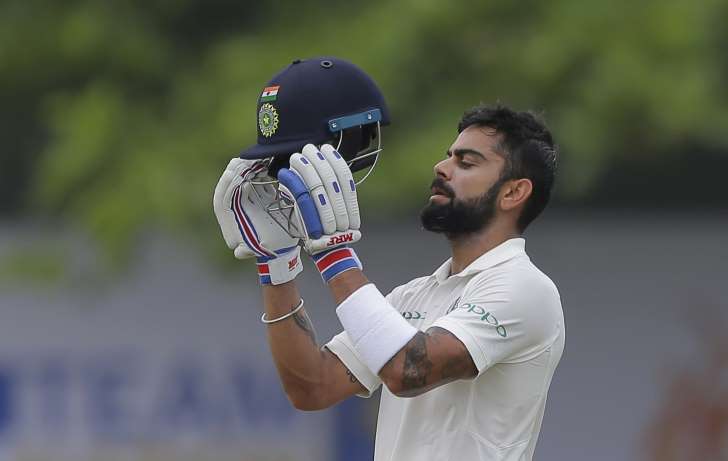 Virat Kohli is a passionate cricketer. If he commits a mistake as a batsman, he’s the first to admit it in the post-match press conference. If his team slips up, he is ready to own up. He doesn’t hide behind words like “process” or “planning for the future”. Over the last year, on multiple occasions, he has spoken about the importance of doing well overseas and what that means to him and his team. He has also spoken about the belief he has in his players, and how he thinks his team has what it takes to win in tough, alien conditions.

Kohli has backed certain players, left out a few, chopped and changed the combination, but always with the belief that he was doing the right thing, even when the occasional result went against India. It was his belief, in addition to the results his team produced in the last 24 months, that convinced every fan and expert in the country that Indian cricket was on the right track.

But a question remained unanswered in all this time: is this team really the No. 1 side in the world?

India’s series loss in South Africa has brought the skeletons out of the closet. While India will retain the top Test ranking even if they lose the series 0-3, the whitewash will surely add fuel to the argument that numbers do lie when it comes to ICC rankings.

Since India’s recent away record is ordinary, was Kohli’s belief in his team, and the fans’ hope of a different result, totally misplaced?

Sanjay Manjrekar wrote a piece highlighting the fact that five previous Indian teams to South Africa have met the same fate as Kohli’s team, and so it was naive to believe that the result would be any different this time around, because the issues are not team-centric but a reflection of the systemic problems in Indian cricket.

It prompted me to look a little closer at this team and the two Tests played so far. Did India really go to South Africa with proven flat-track bullies and not batsmen equipped to succeed in those conditions? A look at the batting order tells us that as many as three – M Vijay, Kohli and Ajinkya Rahane – of the seven batsmen picked for this tour have solid overseas records. If we look at South Africa in isolation, Cheteshwar Pujara also makes the list – he made 153 in Johannesburg in 2013-14. KL Rahul’s Test career is young but in that time he has scored centuries in Australia, West Indies and Sri Lanka (for whatever that is worth in today’s times). There’s enough in his numbers to assume that, if persisted with, he might have a successful Test career.

That leaves only two batsmen, Shikhar Dhawan and Rohit Sharma, who are yet to prove their overseas credentials. Four with a decent overseas record, and a promising fifth: Kohli and Indian fans were justified in believing that this team was capable of competing in South Africa. And, in all fairness, India did compete.

The Indian teams that toured South Africa in the past didn’t have the luxury of playing a combination other than six batsmen, four bowlers and a wicketkeeper because they didn’t have a batsman who could bowl seam-up, like Hardik Pandya did for this team. There has been a long-standing issue of Indian bowlers’ inability to take 20 wickets abroad, but the lack of one resource – a fast-bowling allrounder – did not allow past Indian teams to address it. Kohli’s team had this going in their favour too.

Add to that the bowling strength. While we can argue that India’s bowlers leaked a few more runs here and there than expected, they did take 40 wickets in the four innings. They used the favourable conditions at Newlands and toiled hard to keep India alive in Centurion. If the fielders had supported them, they would have better matched South Africa.

Let’s look at the opposition and the conditions India faced in the two matches.

India lost the toss in Cape Town and, surprisingly, South Africa chose to bat first on a pitch that offered loads to the fast bowlers. India promptly reduced them to 12 for 3. Then, showers on a washed-out third day livened the pitch up enough for the Indian seamers to take eight wickets in the first session of the fourth day. Once again, India were trading on equal terms.

In the second Test, the pitch was similar to ones prepared in India, and while losing the toss was a disadvantage on that surface, India’s bowlers, despite the dropped catches, restricted South Africa to 335.

For about 75% of the total duration of the first two Tests, India were as much in the game as South Africa were. India could have ended on the right side of the result in both games had they managed to seize the opportunities that presented themselves many times.

South Africa aren’t the side they used to be. The openers, Aiden Markram and Dean Elgar, don’t exactly put fear into the heart of an opposition’s bowling attack. Hashim Amla seems to be on the decline. AB de Villers is a genius but his last Test century was 20 innings ago, and the captain, Faf du Plessis, isn’t the world’s best No. 5. Quinton’s de Kock’s form in 2017 was exceptional but his overall Test batting numbers aren’t threatening. In addition to this, they don’t have an allrounder who can fill Jacques Kallis’ shoes, so they are forced to play a five-man bowling attack.

The point that India have come into this series without enough preparation is valid, for batsmen tend to take longer to adjust to higher bounce and lateral movement than bowlers. Bowlers have the time to work out their mistakes, while batsmen have to walk back to the pavilion every time they make one. Perhaps Pujara, Rahane and Vijay, who didn’t feature in the limited-overs series against Sri Lanka at home, should have headed to South Africa as soon as the last home Test of the season was completed in the first week of December. India could also have managed without Rohit, Dhawan and Rahul in the limited-overs matches.

But given the pitch in Centurion, it would be fair to say that the batsmen didn’t require the extra effort to adjust to the conditions there. Kohli himself made it clear that lack of preparation has had nothing to do with how India have played so far. The suggestion that India picked flat-track bullies for a tour to South Africa is not factually correct. The Indian system can’t be blamed for Rahane sitting out the first two Tests. That was a team decision. As was the choice not to make Pandya play the Tests against Sri Lanka to prepare him for the workload of bowling 20 overs a day and batting at No. 6.

India dropped more than a dozen chances in the field, which, once again, can’t be attributed to South African conditions or to a lack of preparation ahead of the tour. India’s slip cordon hasn’t been the safest for a while now, and the injury to wicketkeeper Wriddhiman Saha aggravated that shortcoming. Dropping Rahane, India’s best slip fielder, is a decision that can be debated. Just as you can question going back to Parthiv Patel when Saha wasn’t available against England in 2016. But that has got nothing to do with lack of preparation for overseas conditions. They are judgement calls, which, in hindsight, look flawed. There have been a few run-outs too, which had nothing to do with how India have played overseas in the last 30 years.

The fact is, this Indian team came very close to winning both games. There might be regrets and debates over not playing the right combination, but to suggest that this performance was to be expected is to skirt away from the real issues. There’s always a lot more that can be done to improve overseas performances but these losses should not be seen through the prism of what happened on previous tours to South Africa.

I have no reason to doubt what Kohli said leading up to this tour, for his belief in his players wasn’t misplaced. That’s why the team must be seething right now for not seizing opportunities. And the disappointment of the fans is equally legitimate, because this tour will be remembered as a missed opportunity. History is a wonderful teacher since it allows you to learn from someone else’s mistakes. But if you allow yourself to be completely bound by history, it could take your focus away from the real issues of the present and stall your progress.