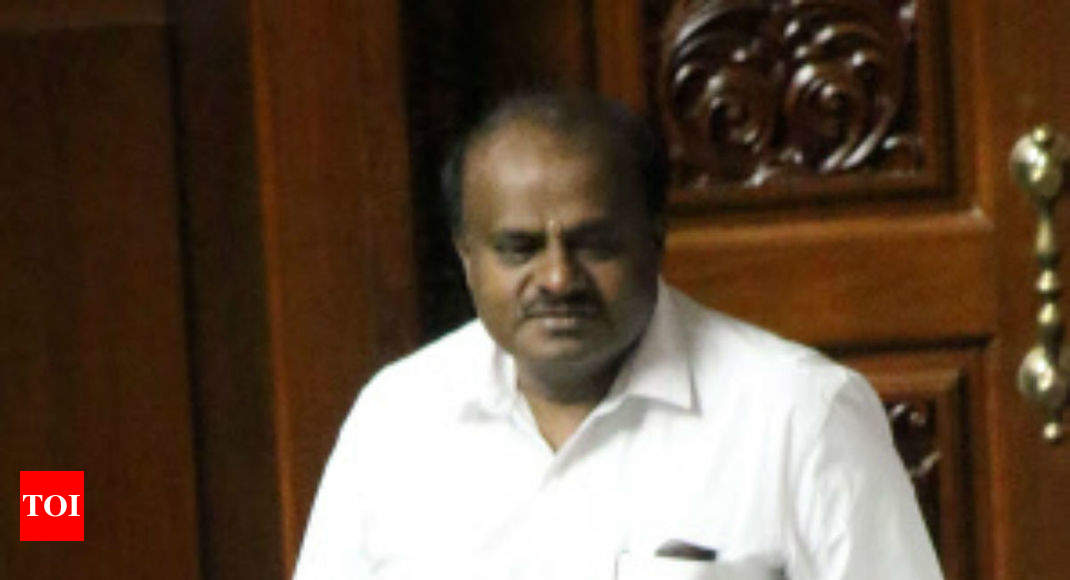 BENGALURU: A visibly riled-up chief minister H D Kumaraswamy on Thursday, after presenting his maiden budget and announcement of a farm loan waiver, took on the opposition BJP head-on for their statements citing the state budget was a “Hassan budget” and not pan-Karnataka.

“If the BJP is unhappy and claims it is unfair for the budget to be concentrating on Hassan, let them return the Rs 30 crore allocated for Hassan outer ring road. Afterall, it is a BJP MLA who has been elected from Hassan city. Let him return it,” he attacked.

The CM admitted that Hassan and Mandya districts have received Rs 150 to Rs 200 crore in the state budget on Thursday.

“But north Karnataka and coastal districts have been given substantial allocations from the February 18-19 budget of former CM Siddaramaiah. And I have already clarified that the schemes announced by the former CM will be continued,” he said.

He said the BJP was deliberately trying to stoke fire in the society by claiming there has been a lopsided allocation for districts in the new budget.

“I urge the people of coastal and north Karnataka to not give any importance to the BJP false claims and have faith in the coalition government,” he said.

Taking a “sarcastic” dig at Padmanabhanagar MLA R Ashoka, Kumaraswamy addressed the former Bengaluru in-charge minister as “Chakravarthi” and said: “Chakravarthi Ashoka must tell us what he did with the envisaged corridors and why Bengaluru was not developed under him?”

Known for his calm demeanour, Kumaraswamy during his presser was aggressive in his talk and “shamed” the BJP for being unable to secure a “single paisa” towards farm loan waiver.

“We have today waived of Rs 34,000 crore of farmer loans. Nimma yogyathe ge (Shamefully) you (BJP) could not even secure a single paisa for the loan waiver from the centre. We are not waiting for PM Modi or anyone else to help us and have done what was promised,” he said.

Kumaraswamy said he had even approached the centre, asking for respite, but was met with stoic responses and nothing more.

“I asked for Rs 20,000 crore to be diverted towards the farm loan waiver, from the Rs 2 lakh crore infusion of the centre into the banking system. But there was no response. The BJP could not even get a single paise from the centre,” alleged Kumaraswamy.

On the spike in the petrol and diesel prices, Kumaraswamy justified that the government required to generate an additional fund of Rs 6,500 crore towards the first year of loan waiver instalment.

“Now, like former CM Yeddyurappa had said on the floor of the house in 2009, I or Parameshwara do not have note printing machines at home. And neither has the centre given powers to me or the DyCM to print notes and waive the loans. Within the practical ambit of the government, we need to generate revenue for farm loan waivers,” he said.