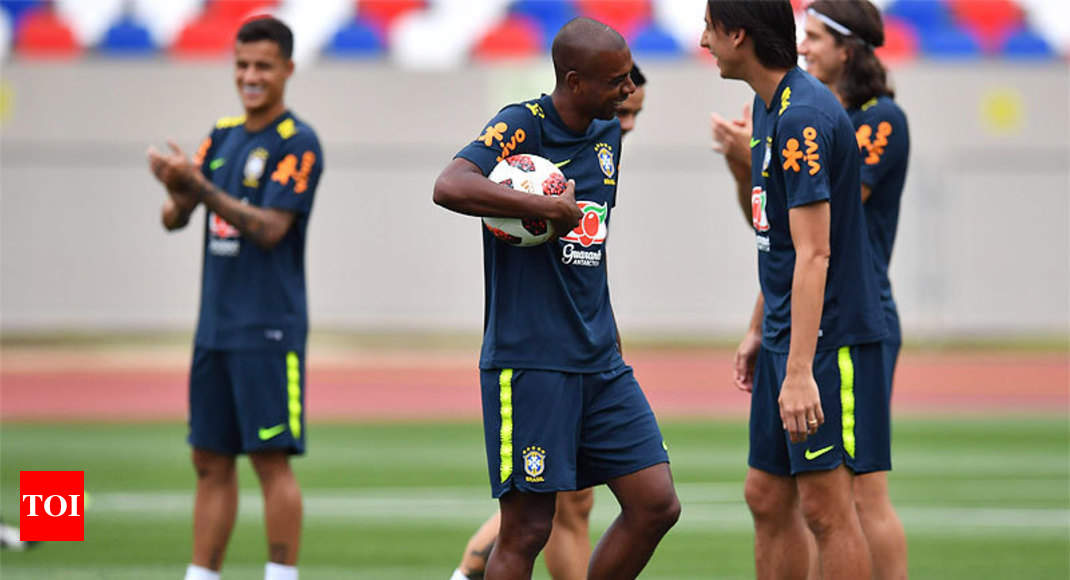 NEW DELHI: Brazil qualified for the World Cup quarter-finals with a 2-0 win over Mexico on Monday in a game that showcased both the sublime and the ridiculous sides of Brazilian superstar Neymar. The world’s most expensive footballer scored the first and made the second in a scintillating match that took Brazil into a last eight showdown with Belgium.

ALSO READ: South American charmers take on the European idea of themselves

In his column for TOI, former Brazilian footballer Jose Ramirez Barreto wrote, “The Round of 16 at the FIFA World Cup threw up another star for Brazil, someone who thus far had been under the radar, and whose presence in the side had been questioned. Against Mexico, however, he proved himself worthy of Tite’s faith in him. Willian, the right winger, was the bright spot throughout the match with his speed, dribbles, and attacks, bringing stability to Tite’s tactical arrangement. Neymar’s goal in the first half – set up by Willian – paved the way for the victory while in the second, Brazil found their balance and space with Firmino scoring to make it 2-0, ensuring their passage to the quarterfinals.”

However, Neymar has become a synonym for petulance and he gave an example of why with 72 minutes gone. Neymar had been fouled and was on the ground with the ball between his feet in front of the technical area. Mexican Miguel Layun came to take the ball and sneakily put his toe on Neymar’s ankle. Neymar yelped in pain and writhed around on the ground, even though it appeared obvious that Layun, whose heel was on the ground, could not have put any real weight on his opponent. The position of Layun’s boot was not clear on TV replays and Neymar was slated for his histrionics.

“Talking about Neymar, while he may be brilliant on the pitch, the Brazilian striker has been drawing a lot of flak from fans and media alike for all his drama. The press has called him “pampered and grumpy”, yet I do feel that he has become a target for opponents and perhaps he overacts because he sometimes feels unprotected. Still, I hope he stops being so dramatic because it could harm the team. It has been gradual, but Tite’s boys are showing us the face of the team that dominated the qualifiers and were convincing in the friendlies, allowing them to assume the status of favourites in Russia. The next challenge to this status comes on Friday, when they take on Belgium in Kazan, a match many consider worthy of a final. The last, and only time Brazil and Belgium played each other in World Cup was way back in 2002 when the South Americans were the eventual winners,” Barreto added.

Neymar has undoubtedly been the victim of some tough tackling at his World Cup. Another stat showed the 23 fouls he suffered in Brazil’s four games is more than anyone else in the tournament. The playacting and diving, though, have made him a figure of mockery, especially in Europe.

“Against Mexico, Brazil were not as free-flowing as they usually are. They are, however, strong in defence, have an experienced and wily midfield (even without Casemiro who will sit out because of yellow cards), and boast of the scoring threat of Neymar, Coutinho, Jesus and Firmino up front. I think Brazil should take advantage of the Belgium defence because right now it seems a little shaky, the two goals by Japan proving this. Still, Belgium will be formidable opponents, no doubt about that, and the way they managed to turn things around against Japan will make them feel that they have more than a shot at a semifinal spot here (if they do make it, it would be their second after 1986). They have a great offensive play with Eden Hazard and Romelu Lukaku, who are capable of doing some damage. These two, along with Kevin De Bruyne, form a lethal attack that could help them to the last four,” Barreto concluded.