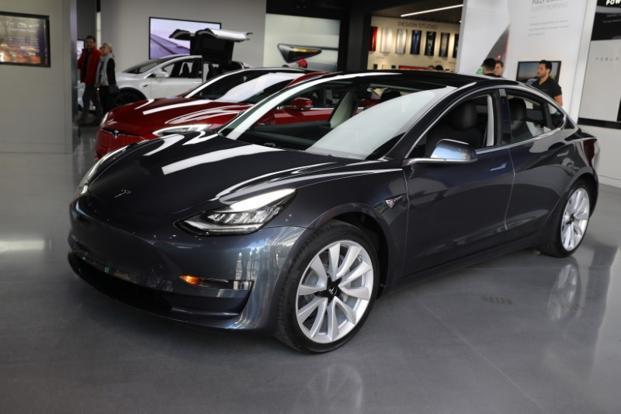 What is it? The amount Indian government plans to infuse into five public sector banks in the next few days.

Why it’s important? This is a part of the Rs2.11 trillion package that the government announced in October 2017 to save public sector banks, which were forced to acknowledge their huge bad loans after prodding by Reserve Bank of India. In addition, Punjab National Bank, one of the beneficiaries of government capital infusion programme, was hit by Nirav Modi scam.

What is it? The number of new moons discovered orbiting Jupiter, solar system’s biggest planet.

Why is it important? These moons were discovered by accident when the astronomers at Carnegie Institute of Science, University of Hawaii and Northern Arizona University were looking for objects beyond dwarf planet Pluto. Such serendipity are common in the world of science. This takes the total number of moons orbiting Jupiter, which is also solar system’s oldest planet, to 79.

Tell me more: The 12 new moons include a tiny object, to be named Valetudo after the goddess of hygiene, which the scientists called oddball. Valetudo circles Jupiter in the opposite direction to most other moons, and stands a chance of colliding into others.

What is it? Bollywood actor Akshay Kumar’s earnings according to Forbes 2018 list of world’s highest-paid celebrities.

Why is it important? That has earned him 76th place in the list. He shares the spot with Hollywood actress Scarlett Johansson. Salman Khan, another Bollywood actor in the list, has secured 82nd spot with earnings of $37.7 million.

Tell me more: American Boxer, Floyd Mayweather ($285 million) topped the 2018 list. Shah Rukh Khan who was 8th in 2017 rankings has dropped out.

What is it? The net profit margin of Tesla Model 3, according to a top automotive consultant.

Tell me more: Tesla was in the news recently after its CEO Elon Musk got into a public spat with one of the rescuers who helped bring out 12 boys and their soccer coach from deep inside a flooded cave in Thailand. The 61 year old British diver dissed a mini-submarine that Musk and his team built as a backup, saying Musk ‘can stick his submarine where it hurts’. Musk posted a tweet challenging him, and calling him a ‘pedo’, a reference to Thailand’s sex trade. The diver said he is looking at options to sue Musk. On Monday, Tesla shares were down 3.5%

What is it? India’s likely sugar inventory by the end of September, according to Indian Sugar Mills Association.

Why is it important? This is up from 3.87 million tonnes a year ago, and comes on the back of its record production of 32.25 million tonnes this year. Of this, 275,000 tonnes sugar has been contracted for export.

Tell me more: Meanwhile, Union Cabinet is considering a proposal to increase minimum price to be paid by sugar mills to growers by Rs20 to Rs275 starting October.

howindialives.com is a search engine for public data