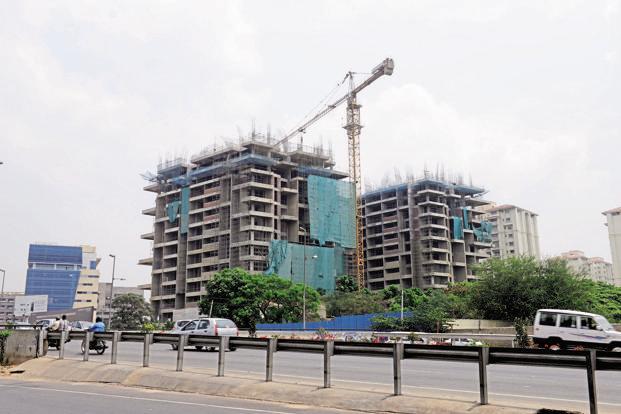 Jyoti Structures owes around ₹ 7,625 crore to a group of lenders, including ₹ 1,961 crore to State Bank of India. Photo: Mint

New Delhi: The National Company Law Appellate Tribunal (NCLAT) on Monday granted an interim stay on the liquidation order passed against Jyoti Structures Ltd. The three-judge NCLAT bench headed by Justice S.J. Mukhopadhyay was hearing a plea filed by a group of investors led by Sharad Sanghi and more than 800 employees of the corporate debtor against the liquidation of the company.

In July, the Mumbai bench of the National Company Law Tribunal (NCLT) had ordered liquidation of the debt-ridden company after it rejected the resolution plan submitted by resolution professional (RP) Vandana Garg.

The Mumbai-based contractor received only one bid from a consortium of wealthy investors led by Sharad Sanghi, CEO of Netmagic Solutions. The resolution plan involved an upfront payment of ₹ 170 crore. The balance amount was to be repaid over 15 years.

The construction firm owes around ₹ 7,625 crore to a group of lenders, including ₹ 1,961 crore to State Bank of India.

Under the Insolvency and Bankruptcy Code, a resolution plan has to be arrived at within 270 days, failing which the firm goes into liquidation. So far, resolution plans for three major firms, Electrosteel Steels, Monnet Ispat & Energy and Bhushan Steel have been accepted by NCLT from the list of 12 companies referred by the Reserve Bank of India for resolution.

Considering that the resolution plan entailed a deep haircut, it initially failed to garner the required 75% of votes from creditors in favour of the plan during an online voting on 26 March. On 2 April, the last day of the 270-day period, the RP filed a plea in the NCLT seeking an extension of the deadline, as some creditors could not participate in online voting and wanted to send their votes for consideration.

Some lenders who had rejected the plan were willing to reconsider their stance. By 6 April, the RP was able to garner 81% of votes.

One of the secured lenders DBS Bank moved NCLT in May opposing the plan. DBS has a share of around 0.84% of the total secured debt.

Jyoti Structures has earned the dubious distinction of being the first among the 12 large corporate defaulters identified for insolvency resolution under a new law to head for liquidation after a bankruptcy court rejected the resolution plan submitted by a group of wealthy investors.

The next hearing of the matter in NCLAT will be on 18 September.