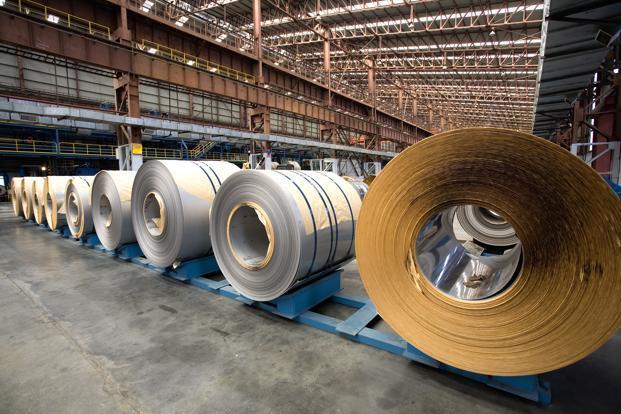 NCLAT had on 30 May reserved its verdict on Vedanta’s eligibility to submit a resolution plan. Photo: HT

New Delhi: The National Company Law Appellate Tribunal (NCLAT) on Wednesday refused to stay the delisting of Electrosteel Steel Ltd shares by its new promoter Vedanta Ltd, pursuant to the approval of the latter’s insolvency resolution plan for the debt-ridden steel manufacturer.

Vedanta Star Ltd, a wholly-owned subsidiary of Vedanta Ltd, intended to make a delisting offer to the existing shareholders of Electrosteel, offering an equivalent exit price of ₹9.54 per equity share after completion of the transaction steps for capital restructuring, according to a regulatory filing by Electrosteel with the BSE earlier this month.

The order by a two-judge bench led by justice S.J. Mukhopadhyay came on an application moved by Renaissance Steel India Pvt. Ltd, one of the unsuccessful bidders for Electrosteel, seeking to halt Electrosteel’s takeover by Vedanta.

The application was part of the main appeal by Renaissance Steel against a 17 April order of the National Company Law Tribunal’s (NCLT’s) Kolkata bench, approving Vedanta Ltd’s ₹5,320 crore resolution plan for Electrosteel.

Renaissance Steel has contested Vedanta’s eligibility to bid under Section 29A of the Insolvency and Bankruptcy Code (IBC) as one of Vedanta’s affiliates in Zambia, a unit of its UK-based parent Vedanta Resources Plc, had been found guilty of violating certain environmental laws, punishable with two or more years in jail.

NCLAT had on 30 May reserved its verdict on Vedanta’s eligibility to submit a resolution plan, after hearing counsels for Renaissance Steel and Vedanta at length.

The appellate tribunal, however, allowed Vedanta to make an upfront payment of ₹5,320 crore to the committee of creditors (CoC) of Electrosteel, according to its approved debt resolution plan, and to further “act in terms of the (resolution) plan”.

If Vedanta’s bid is subsequently found by NCLAT to be in contravention of IBC, the lenders would revert the money received.

State Bank of India’s insolvency plea against Electrosteel, which is one of the 12 initial NPA accounts identified by the Reserve Bank of India for resolution, was admitted by NCLT’s Kolkata bench in July 2017.