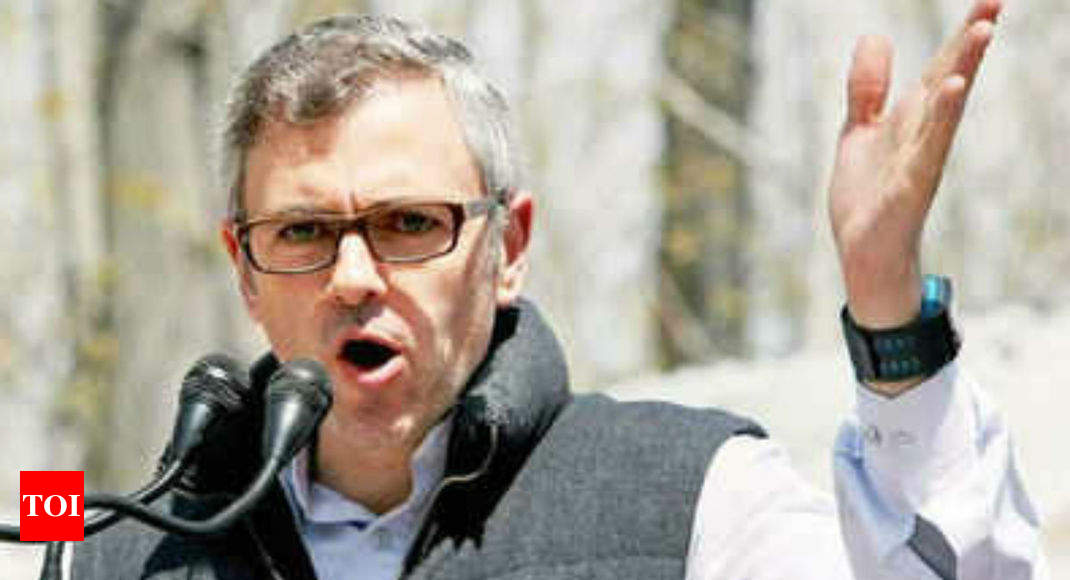 SRINAGAR: National Conference (NC) leader Omar Abd ullah said on Monday the party will not be part of any attempts at government formation in Jammu and Kashmir as it does not believe in sacrificing ideology for power.

Speaking at a party meeting in Anantnag, the former chief minister said the NC was in favour of dissolution of the state assembly. He also added there was a need to listen to the “alienated” youth of the state to bring them on board.

“National Conference does not believe in sacrificing its ideological basis for power and the party will not be a part of any attempts for government formation through rumoured permutations and combinations,” Abdullah said.

The NC vice president said the party believed in respecting the mandate of the people.

“We believe in respecting the mandate of the people and will not be a part of any attempts to ridicule and manipulate the aspirations of the people. It is for this precise reason that the party has sought the dissolution of the state legislative assembly,” he said.

Abdullah said the NC understood the situation was not conducive for immediate elections in the state but only a fresh democratic exercise could repose the faith of the people in the institutions.

On the governance front, Abdullah demanded an investigation into the use of funds meant for dredging of River Jehlum in the aftermath of the 2014 floods.

“What happened to the money meant for dredging the Jehlum? When Mufti (Mohammad Sayeed) Sahab formed an alliance with the BJP in 2014, we were led to believe that one of the main reasons for this sell-out was to facilitate the flow of flood relief and rehabilitation funds to the state. What happened to the 80,000 crore package?” he asked.

Abdullah said the moderate rainfall over the past few days had “brought us to the brink of deluge and destruction as our rivers and floods channels were not dredged and de-silted for the past three and a half years”.

“Is there a massive scam here?” he asked.

The NC vice president said while the fall of the PDP-BJP government had brought some respite to the people and reduced public anguish and resentment, the situation in the state was nowhere near what the coalition government inherited in 2014.

“The first and foremost concern is the restoration of the situation to what it was before 2014. We have to respect the aspirations and sentiments of the people – especially the youth and reach out to them through reconciliatory political initiatives. Neither the political issue, nor the present crisis can be resolved through military or operational means or mechanisms,” he said.

Abdullah also said that while the NC supported restoration of internal autonomy as a solution to the issue, “we should reach out to those who are angry and listen to them. We need to listen to our alienated youth and bring them on board to come out of this situation”.