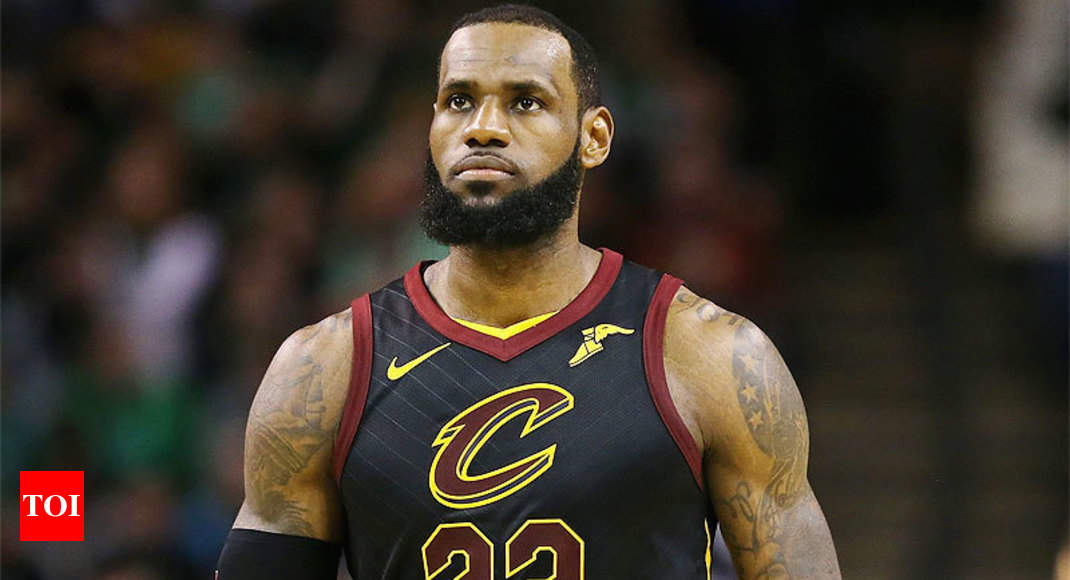 LOS ANGELES: LeBron James is to join the Los Angeles Lakers in a four-year $154 million deal, his agents said on Sunday, ending months of frenzied speculation about the NBA superstar’s next career move.

The blockbuster contract sends the 33-year-old four-time NBA Most Valuable Player to one of the league’s most iconic clubs, adding to the legacy of such legends as Kobe Bryant and Magic Johnson.

James is considered a rival of retired Chicago Bulls star Michael Jordan for the title of greatest player in NBA history.

However, he had endured frustration with the Cleveland Cavaliers, culminating in last month’s clean sweep defeat to the Golden State Warriors in the NBA Finals.

James and the Cavaliers have been beaten in three out of four NBA Finals against the Warriors since 2015.

James had been linked to several franchises, with the Philadelphia 76ers and Houston Rockets reportedly in the running.

US media reports said the Lakers move was sealed following a meeting late Saturday between James and the team’s president of basketball operations, Magic Johnson.

James, who has a home and production company in Los Angeles, now joins a club with money to spend and a desire to rebuild into a championship team.

The Lakers have failed to reach the playoffs for the past five seasons.

News of James’ arrival at the Lakers sparked a delighted response on Sunday, with basketball legends and Hollywood celebrities lining up to welcome the move.

“I am sure the Lakernation is rejoicing. The acquisition of LeBron James means that the Lakers are just a smidgen away from being real contenders,” Lakers icon Kareem Abdul-Jabbar added.

I am sure the Lakernation is rejoicing The acquisition of LeBron James means that the Lakers are just a smidgen awa… https://t.co/4tqUHmjmDa

“It’s so exciting that you’re coming to the city of stars,” Schwarzenegger said.

“And you’re without going to be the biggest star of all, on the court and off the court. I love it.”

James, a two-time Olympic champion, left Cleveland before in 2010 for the Miami Heat, where he reached the NBA Finals four times, going 2-2, before departing for the Cavaliers, vowing to bring a title to Cleveland, his home region having grown up in nearby Akron.

That mission was accomplished when the Cavaliers won the 2016 crown with James in the starring role as Cleveland celebrated a sports champion for the first time in 52 years.

“Thank you Northeast Ohio for an incredible 4 seasons. This will always be home,” James posted on Instagram with a photo of the Cavaliers’ championship parade.

But the Warriors obtained Kevin Durant after that loss and Golden State has gone 8-1 against the Cavs in the two NBA Finals since.

“To be able to be a part of a championship team two years ago with the team that we had and in the fashion that we had is something I will always remember,” James said after the Cavs’ last loss of the finals.

James informed the Cavaliers on Friday that he would not exercise his $35.6 million contract option.

And he also snubbed what could have been the most money and longest deal available, the Cavaliers being able to extend James a five-year contract worth $209 million.

But money and years of security were less a concern than being able to play for a title contender.

The Lakers can offer top money plus talent and draft picks in order to surround James with competitive players enough to challenge the Warriors, who suddenly must contend with James as a Pacific division rival rather than a foe to be faced only twice a season and for the NBA title.

The Lakers have reportedly been in talks with San Antonio for unhappy star Kawhi Leonard.

And while such big names as Chris Paul of Houston and Paul George of Oklahoma City have agreed to terms to stay with their teams, nothing can be signed until Friday — leaving lots of time for players to consider what sort of situation the Lakers with James could offer.