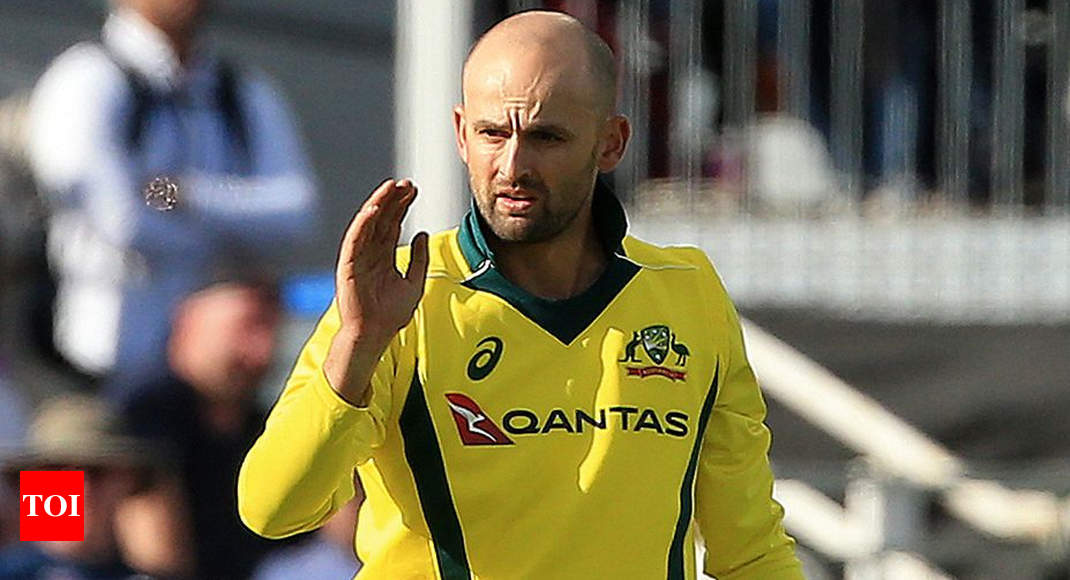 Australia spinner Nathan Lyon has spoken out against the International Cricket Council’s (ICC) decision to broadcast sound from the stump microphone at all times and the introduction of audible obscenities as a new offence.

The ICC announced four new violations into its revised code of conduct on Monday – attempting to gain an unfair advantage (cheating, other than ball-tampering), personal abuse, audible obscenity and disobeying an umpire’s instructions.

The governing body also introduced harsher sanctions for ball-tampering at its five-day Annual Conference in Dublin.

“I totally agree with the ball-tampering stuff, but to be honest with you, I’m not the biggest fan of the stump mics being turned up,” Lyon said on The Unplayable Podcast.

The 30-year-old, who last played for Australia in their final one-day international of the five-match series defeat by England last month, believes players often curse at their own failings under pressure, which might not be the best example for young fans.

“I’m not saying swearing is OK, but when you’re competing at the highest level and under extreme amounts of pressure, sometimes you miss your skill and therefore an expletive may come out,” he added.

“But we’re going to have young kids watching so as grown men we need to try and pull our heads in and realise that we’re massive role models for the game.”

Australia are competing in a Twenty20 international tri-series against Pakistan and Zimbabwe and, having beaten both their opponents convincingly in the opening two matches, they face the South Asian nation again on Thursday.