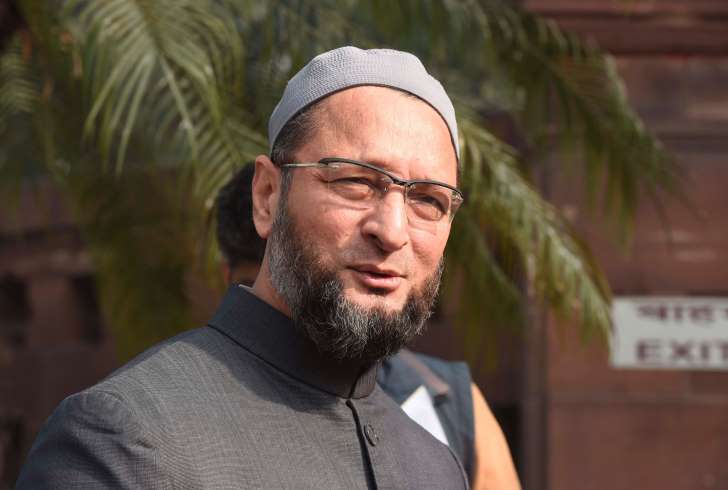 The All India Majlis-e-Ittehadul Muslimeen (AIMIM) chief and Member of Parliament from Hyderabad Asaduddin Owaisi today hit out at Prime Minister Narendra Modi and said, “PM has surrendered in front of them (anti-Padmaavat protesters). He is not showing his 56-inch chest to Rajputs. It’s only for Muslims.”

The lawmaker was speaking exclusively to India Today TV over the controversy related to the movie Padmaavat. Violent protests in several BJP-ruled states have marked the film’s release.

Commenting on Modi’s Davos speech where the prime minister said that his government has removed red tape and laid the red carpet for investments, Owaisi said: “PM and his party have laid the red carpet for people who are indulging in violence. Small children (have been) hurt, property burnt, (this is) happening only because of tactical support of the BJP (Bharatiya Janata Party)”. Owaisi alleged that groups such as the Karni Sena and Rajput Sena are actually becoming mainstream parties with the support of the BJP and its leaders.

“(The producers) had to change the name of the film, scenes were deleted to satisfy sentiments. What kind of politics is being done?”, he asked.

Owaisi alleged that the BJP government “has surrendered in front of their (fringe right-wing groups) ideology and there is no rule of law left in the country”.

When asked about his opposition to the film Padmaavat, the MP said he opposed every single film and asked Muslim youths to donate money to the poor and needy rather than waste it on movie tickets.

The AIMIM leader was also critical of the Central government’s handling of the triple talaq Bill.

“Look at their (BJP’s) bias, without putting the Bill in public domain, without consulting anyone, they are bulldozing the triple talaq Bill,” he said.