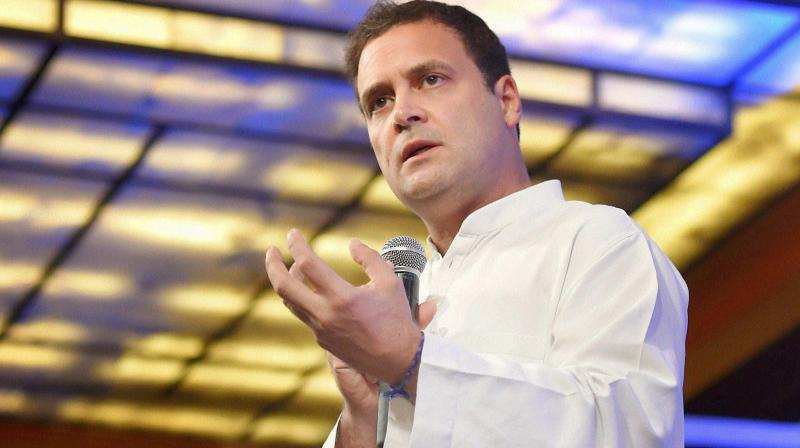 The Congress chief had on Thursday alleged that the NDA government was looking the other way when billionaire jeweller Nirav Modi used his clout with the prime minister to slip out of the country and steal Rs 12,000 crore, drawing comparison with the case of liquor baron Vijay Mallya.

“Guide to looting India by Nirav Modi–1. Hug PM Modi 2. Be seen with him in DAVOS. Use that clout to: A. Steal 12,000 crore B. Slip out of the country like Mallya, while the government looks the other way,” Rahul Gandhi tweeted on Thursday, using hashtag “#From1MODI2another”.

The Congress had targeted the government over the Rs 11,400-crore PNB scam allegedly involving jewellery designer Nirav Modi and accused it of doing nothing to stop “independent India’s biggest bank fraud” despite being informed of it in July 2016.

The Opposition party had also raised questions on whether Nirav Modi had been tipped off following which he left the country.