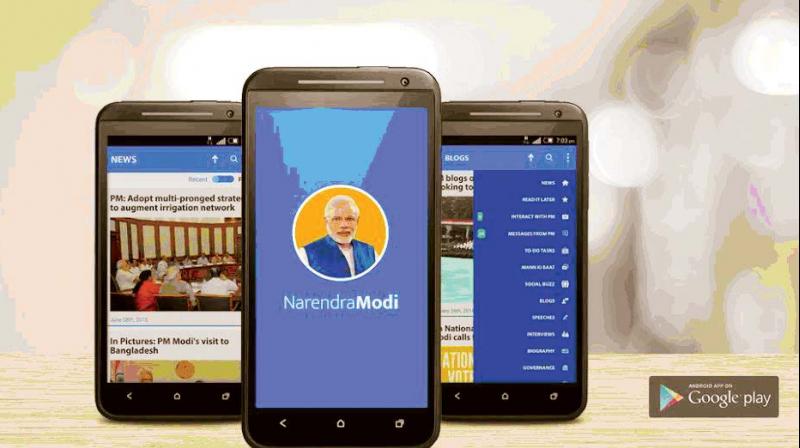 Hubballi: Prime Minister Narendra Modi’s personal mobile app has come to the rescue of people in several villages in Dharwad taluk as they are now set to get medical care instantly.  The complaints lodged by the villagers on the app have paid off with the officials of district health department rushing to them to set up a primary health centre which has been their long-pending demand.  The development has also created much awareness about social media and Modi’s digital India initiative among the youth in these villages as they have downloaded the app to air their grievances.

As many as 12 villages including Haletegur, Madanabavi, Durgadakeri, Siddapur, Ramapur, were  lacking in medical care facilities.  These villagers had to travel 22 km to reach Dharwad for any kind of treatment. They had submitted a plea to the officials and elected representatives demanding a primary health care centre.  Even pregnant women and the aged were reeling under various health problems due to the absence of a hospital.  Their appeals, however,  fell on deaf ears.

Initially, 31-year-old youth Rudrappa Ganiger of Hosathegur village, who is employed in Tata Motors, had downloaded the app in November last year and filed a complaint through the app by highlighting the absence of a healthcare facility in these villages.  Finally, his effort paid off as the Union government shot off a letter to the State health and family welfare department, forcing the district health officer to form a committee and take all steps to establish a primary health centre (PHC).

“The district health officer and Gram Panchayat has finalised the venue to build a PHC on two acres of land adjacent to the National Highway after we lodged a complaint on NaMo app. The centre will also help provide immediate first aid in case of any accidents on the highway. Our panchayat has also met all criteria to run the centre in the temporary building”, Rudrappa Ganiger said.  The district health officer Dr Rajendra Dodamani said that a proposal has been sent to higher officials on setting up a PHC in Hosathegur village after conducting a survey and the centre will start functioning very soon.  The villagers will be given regular updates on the app about the progress of the proposed PHC until disposal of their application.  The PHC will cater to a population of 30,000 people in these villages.