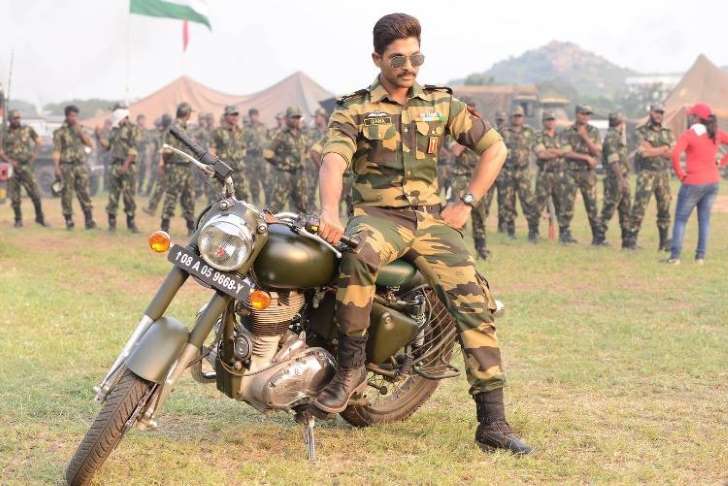 Allu Arjun’s Naa Peru Surya, Naa Illu India (NSNI) has allegedly leaked online on its opening day and the full movie download is set to take a toll on its collection at the worldwide box office in the coming days.

Naa Peru Surya, Naa Illu India is a big-ticket movie that is made with whopping budget of Rs 55 crore. Its theatrical rights have been sold for a whopping price of Rs 75 crore. Since high stakes are riding on its head, the makers have taken all the measures to curb its piracy so that it won’t eat away the share of its distributors.

Naa Peru Surya, Naa Illu India hit the screens around the world on May 4. A day before its release, the movie was premiered in the US and few other foreign countries. Some miscreants have allegedly recorded the complete movie and released this pirated copy on a website for download even before its regular morning show on its opening day got over.

A website run by a notorious gang is offering the full movie for download. The website offers four different version of the full movie of Naa Peru Surya, Naa Illu India ranging from 1.43 GB to 200 MB. The gang kept circulating the link to full movie download on the social media. The makers have already got into action and started getting down the pirated copy of the film. They are likely to get the website blocked.

It should be mentioned here that the website run by the notorious gang has been blocked several times after many filmmakers complained about it. But the gang has been running the website with the registration of different countries. This gang has proved to be a tough nut for the filmmakers to crack and it is hard to be controlled by anyone. If the site is blocked, the gang will open another one with different registration.

However, the promos of Naa Peru Surya, Naa Illu India had created a lot of curiosity about it story. The hype surrounding it has helped it get massive opening and it is set to make record breaking collection at the worldwide box office on the first day. Now, its pirated copy is posing a big threat for its collection on the coming days.

Naa Peru Surya, Naa Illu India has failed to meet the expectations of the viewers, as it has received mixed reviews from the audiences, who say that Allu Arjun is the only saving grace of the film directed by Vakkantham Vamsi. Bunny fans might prefer watching it in theatres, but other film goers are likely to opt for its pirated copy. Hence, the full movie download is likely to affect its collection at the box office.