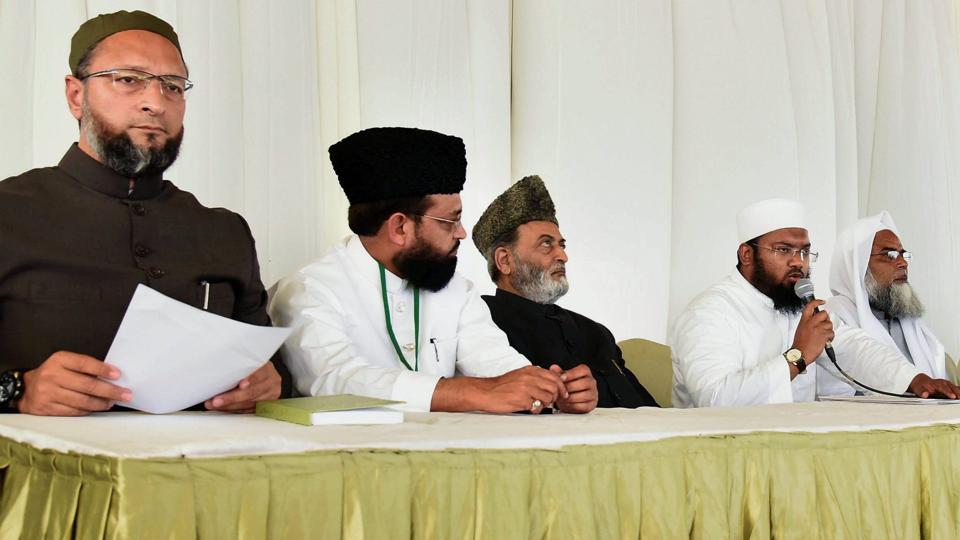 The All India Muslim Personal Law Board (AIMPLB) on Sunday expressed concern over ‘growing atrocities on minorities and attempts to change Islamic Sharia by the government’.

“The present-day government and some individuals with their vested interests are attempting to break the unity of the Muslims to the detriment of the entire community. It shall be our endeavour not to allow these unscrupulous deeds of some vested interests to destroy this unity,” the AIMPLB’s Hyderabad declaration said.

It said even in these critical times, there is no need for the Muslims to feel dejected or disappointed or lose faith in their strength. “Unity among the Muslims is the best shield which should be protected at all costs,” the declaration said, and reiterated its commitment to protect the Islamic Shariah.

The declaration which also mentioned the Babri Masjid said Muslims can never abdicate the mosque. The board made it clear that the struggle for the reconstruction of Babri Masjid would continue and the appeal in Supreme Court would be fought rigorously with all the resources available at the disposal of the Board.

The Board also decided to take forward the reform movement among the Muslims by constituting state-wide committees and district-level committees.

Describing the Talaq-e-Biddat bill moved by the central government as anti-women, anti-sharia and unconstitutional, the AIMPLB felt that it would create more difficulties for women. The Board would start a countrywide awareness campaign against the bill and also coordinate with the opposition parties which were opposing the Bill.

AIMPLB president Maulana Rabey Hasani Nadvi, presided over the meet which was attended by around 400 members and special invitees.