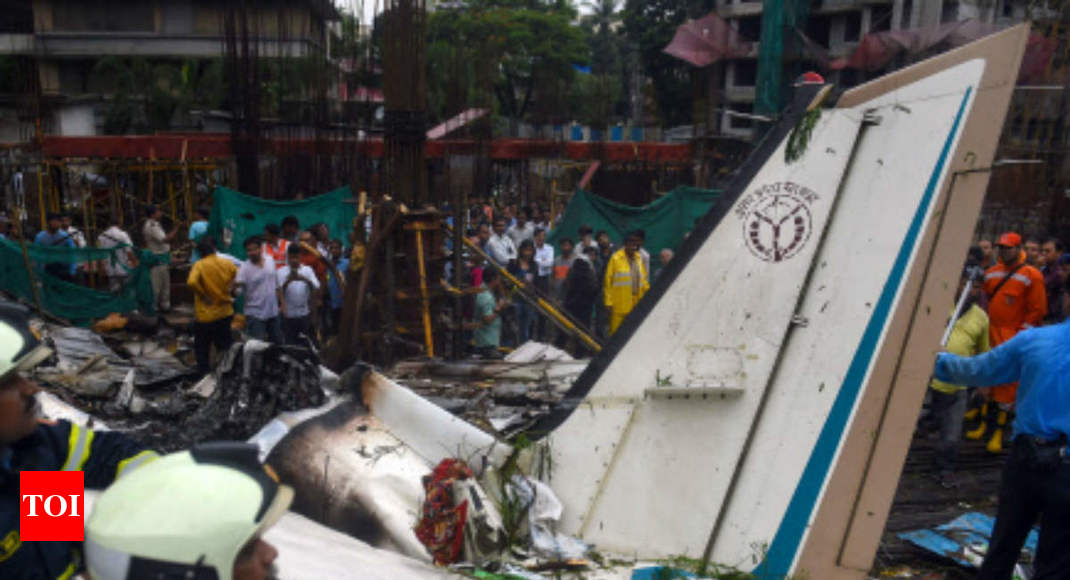 MUMBAI: The family of copilot Marya Zuberi, who was killed in Thursday’s plane crash in Ghatkopar, said they will initiate legal proceedings against U Y Aviation, which owned the aircraft, for forcing Marya and her colleagues to fly in bad weather. “A thorough investigation should be done to find the cause of the crash. The report shouldn’t end up gathering dust 10 years later. On a personal front we are exploring legal options”, said Marya’s uncle Gauhar Raza, a senior scientist.

“She left the house assuring us she would return soon as the weather conditions were clearly not right for a test flight of a small plane,” said Marya’s husband Prabhat Kathuria on Friday. He added pilot Pardeep Rajput had similar views. “Both Rajput and Marya had discussed it and were convinced they would not fly. Then who forced them to fly?” asked Kathuria.

S P Gupta, father of maintenance engineer Surabhi Gupta, who also died in the crash, had similar questions. “On Thursday morning, she told me on the phone the aircraft she would be flying in later in the day was sick. She said it was in a bad condition,” PTI quoted Gupta as saying in Sonepat.

The family of Captain Rajput too asked for a thorough probe. “It’s not an individual who decides when to fly. It’s always the team that makes that call. The agencies need to probe if all safety protocols that are supposed to be in place before a plane goes on test flight were followed,” said Rajput’s cousin T S Pandori.

Kathuria blamed U Y Aviation for forcing the pilots to test the aircraft ignoring weather conditions. He said around an hour after the crash, a call was made to Marya and her cellphone had rung. But the company has no clue about her mobile phone or her belongings.

“The company is not even showing us the logbook that will have details of her belongings left behind before flying,” said Kathuria. “Somebody has to be held responsible for the crash and the deaths. I will not rest till Marya gets justice,” he added.

Kathuria said Marya was very clear about not flying in bad weather. Marya’s father Dr Iqbal echoed him, and alleged there must have been a lot of pressure on her to fly.