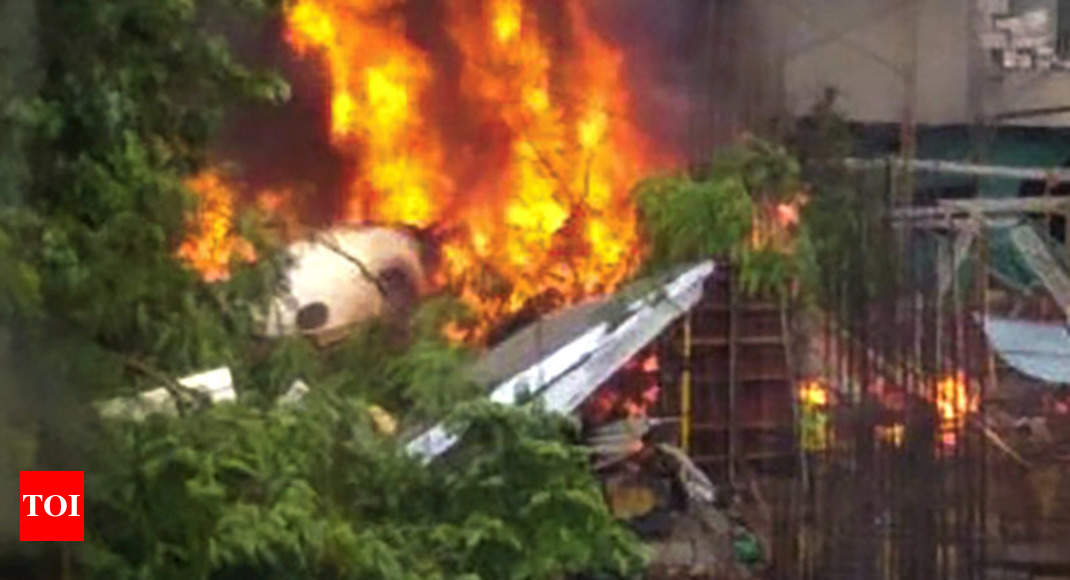 CHANDIGARH: Hours before the 12-seater aircraft crashed in a crowded Mumbai suburb on Thursday, maintenance engineer Surabhi Gupta – one of the five killed in the incident – told her father in Sonepat that she was going to fly in a “sick aircraft”.

Surabhi had spoken to her father over phone in the morning yesterday and described the condition of the aircraft as bad.

“It was yesterday morning that we spoke over phone. We had a routine conversation before she told me that the aircraft she was going to fly in later in the day was sick. She said the aircraft was in a bad condition …,” Surabhi’s father SP Gupta told reporters at his residence in Sonepat today.

The grieving father wondered who gave the permission to fly a “sick aircraft”.

“How was permission given to fly a sick aircraft and who gave this permission,” he asked.

At the same time, Gupta said that he was confident that a high-level probe would be conducted by authorities concerned into the incident and people responsible will be held accountable.

He said Surabhi got married only last year and her husband too was a pilot.

He recalled that Surabhi was often referred to as astronaut Kalpana Chawla by local residents in their home town in Uttar Pradesh.

“Recently, she was honoured by the Maharashtra government. She was a brave young woman, who was fond of heights,” he said.

The 12-seater aircraft crashed in Ghatkopar in Mumbai yesterday, killing both pilots and two aircraft maintenance engineers on board, besides a pedestrian.

The aircraft had taken off from the Juhu airstrip on a test flight. It lost control when it was four nautical miles from Juhu.