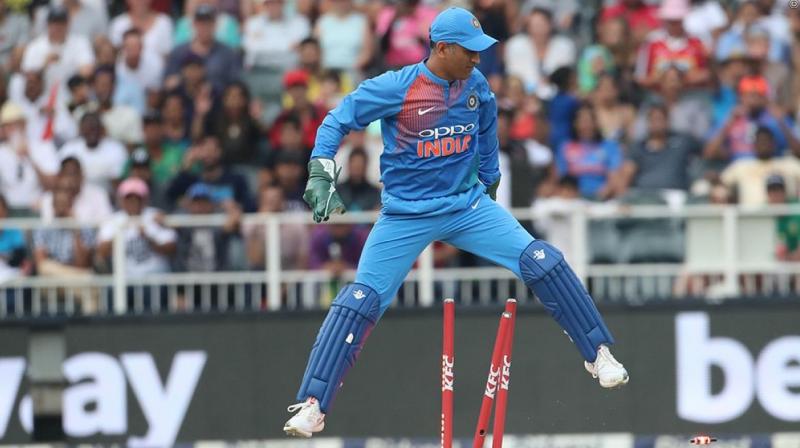 Indian cricket team continued their strong performance against South Africa as they beat the hosts by 28 runs in the first T20 at the Wanderers stadium in Johannesburg on Sunday.

After drubbing South Africa 5-1 in the ODI series, India put up a strong performance in all the departments of the game to outclass the JP Duminy-led South African side, who received a major blow as their experienced batsman AB de Villiers was ruled out of the series with a knee injury.

Dhoni became the first wicketkeeper to pick up 134 catches in 275 T20 matches and surpassed Sri Lanka legend Kumar Sangakkara, who took 133 catches in 254 matches. Dhoni achieved the feat when he caught Reeza Hendricks off Bhuvneshwar Kumar in the 18th over of the South African chase.

The other Indian in the list is Dinesh Karthik, who is ranked third with 123 catches in 227 games.