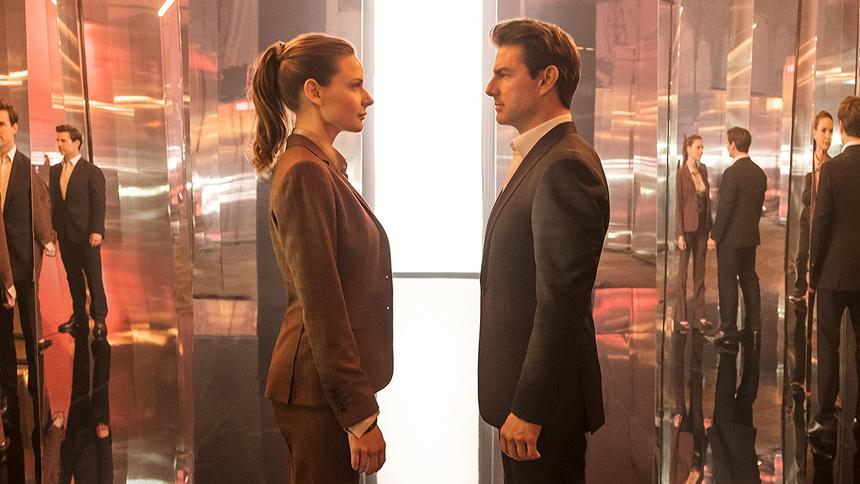 It has deep roots, this spy concept spanning 22 years, a TV show, an uncanny theme song. The latest in the action franchise, “Mission: Impossible — Fallout” hit screens last week. You naturally wonder: Is this the last one? How are the stunts holding up? How does it compare?

As the sixth in the film series, there’s comfort in predictability and a suspension of disbelief. Ethan Hunt (Tom Cruise) is back to fight the nuclear war, extremist splinter cell The Apostles and his own demons. A deal goes awry when Ethan chooses to save a life rather than complete his mission. As a repercussion, he and I.M.F. helpers Luther (Ving Rhames) and Benji (Simon Pegg, yay) are shadowed by cutthroat C.I.A. agent Walker (Henry Cavill).

Cruise’s Ethan is steady, calculating, polished. You’ve seen the gamut of Cruise’s emotions before, but here, he, like Ethan, seems softer, at least internally. There’s an unconvincing hold-me-back moment when Ethan and Luther interrogate a weapons expert. True to character, Ethan’s not quick to add torture to his to-do list.

On the flip side, Ethan and Cruise haven’t slowed. He whips through and against traffic on a motorcycle; he jumps a helicopter, and he runs. Like Forrest Gump runs in pursuit of a suspect. Yeah, some of that may have turned CGI, but anyone his age or younger will be envious of his form and stamina at 56.

Cavill as Walker is effectively forthright, stern and mustachioed. His costuming is off-colored, browns and creams, suitable for his character. Energy comes with Rebecca Ferguson’s Ilsa, a former agent with an affinity for Ethan. She’s soft-spoken and potent. Her fight scenes are tops, and her presence is a reliable and trustworthy heartbeat here.

Vanessa Kirby is the White Widow, a seductive and seducible arms broker. She lights up the screen with steel and piercing eyes. What she may have represented in the spy-movie canon is painted as a nonstarter in “Fallout,” as her advances fall flat.

It’s the second M.I. film for writer/director Christopher McQuarrie, and he knows how to twist a plot with his pen. (See: “The Usual Suspects.”) Here, he hits the audience with ideas as big as the stunts, as Ethan’s value for human life is consistently defended or attacked. McQuarrie also questions duty — by twisting the ominous “your mission, should you choose to accept it” — and he presents a tension between old and new, as I.M.F. tactics are criticized as ineffective “men in masks.”

McQuarrie does make clear with an early dream sequence that “Fallout” is going to lightly explore the evolution of an agent in the biz for a while. But don’t be mistaken. Along with minor musings, this film is nearly two-and-a-half hours of stunts, stuff blowing up and pepperings of comedic reprieves.

It’s predictable, jetting its characters across Paris, Kashmir and more. It’s well-paced, and the effects are top-notch. Is this the last of the franchise? Who knows, but let the spinoff speculation begin.