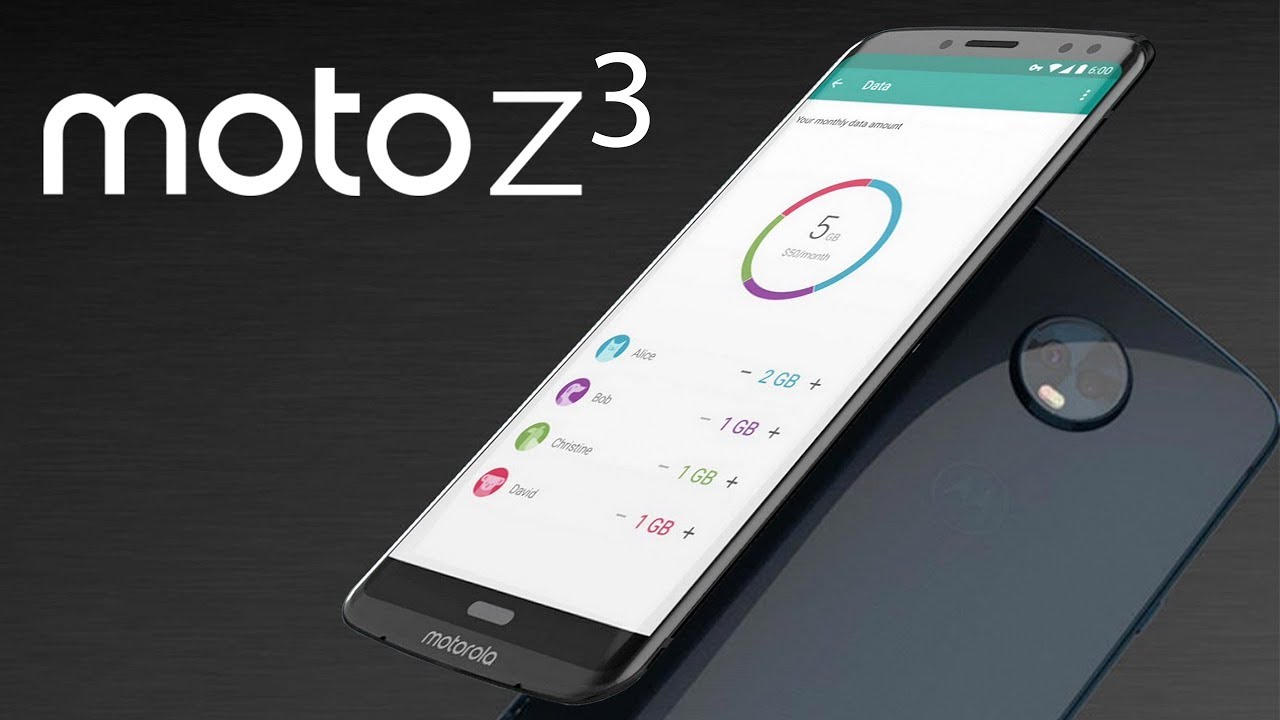 Another year, another set of Motorola devices from Lenovo. We’ve already seen the Moto G6 and Moto E5, and we’re now just waiting on the Moto Z3 — the big flagship Moto device. Previous iterations of the Moto Z have done pretty well, offering not only flagship hardware but also a new ecosystem of modular add-ons that can help make your phone both more functional and more unique.

But exactly what will the new Lenovo Moto Z3 offer? Will it be all that different from previous Moto Z phones? So far it seems as though there will be at least two Moto Z3 phones — the Moto Z3 and the Moto Z3 Play. We may not know everything there is to know about the new phones just yet, but here’s everything we do know.

When will the new Moto Z3 phones arrive? Motorola has started sending out invitations to an event in Brazil on June 6, and although it doesn’t mention the devices to be launched, the Z3 is a likely suspect. Lenovo announced the Moto Z2 Play early in July, with the Moto Z2 Force coming just a few weeks later, so the timing fits. It’s not known whether the Z3 and Z3 Play will be revealed at the same time, but Motorola did announce all three Moto G6 models on the same day, so it’s certainly possible.

We don’t know any details on price or availability yet, but we’ll update you here as soon as we do.

Since the first major leak from Droid Life, we’ve learned a bit more about what we can expect from the Moto Z3 range. The latest leak from Evan Blass shows off the Moto Z3 Play from all angles, giving us a little more information on Motorola’s upcoming flagship.

The design is much the same as earlier pictures implied, with the small difference that the back now features a Motorola logo. The alternate angles reveal that the significant camera bump, a freakishly large power button (that supposedly doubles as a fingerprint scanner), and the unsurprising continuation of no headphone jack from the Moto Z2 range. The Moto Mods connector is more obvious on this image, and seems to be the same that we’ve seen before — hopefully meaning older Mods are still compatible with the phone.

According to an FCC listing, we can expect all versions of the Moto Z3 to be packing a 6.1-inch screen — up from 5.5 inches on both the Moto Z2 Force and Moto Z2 Play.

The result of that larger display is that it covers much more of the front of the phone, and means there’s no home button at the bottom. The resolution of that display will come in at 2560 x 1440, with an aspect ratio of 18:9, similar to a lot of other 2018 flagships. The phone’s design will also feature rounded corners.

The standard Moto Z3 will feature an even more modern look, with images showing that the display may curve slightly around the edge. On the display, the images also seem to show a new white software button that we assume is for navigation, while the power button on the side may also function as the phone’s fingerprint sensor.

Speaking of Moto Mods, an image of the Moto Z3 shows what looks to be a “5G” mod. What that means remains to be seen, though if we had to speculate, we would assume that the mod includes the radios necessary to connect to 5G networks.

An FCC listing for the Z3 Play from back in March has shown us a good amount of what to expect from Motorola’s latest phone. The Z3 Play will apparently be powered by the Qualcomm Snapdragon 636, 4GB of RAM, and either 32GB or 64GB of internal storage. It’s all powered by a 3,000mAh battery, which should give exceptional battery life when combined with the energy-sipping Snapdragon 636 processor. The battery life on the older Moto Z2 Play was impressive, and we expect the same from the new Z3 Play.

We still don’t know much about the specs for the standard Moto Z3, but the Droid Lifeleak suggests that at least one Moto Z3 is planned with the Qualcomm Snapdragon 845, to match up with the other high-end flagships of this year.

The camera hasn’t generally been one of the Moto Z range’s strongest points, but with the recent advances in camera technology, we expect that the newest additions will pack some decent enough cameras. The recent FCC filing listed the Moto Z3 Play as having a dual-camera system involving 12-megapixel (MP) and 8MP lenses, which should be able to provide decent enough performance for the mid-range device. There may also be a 5MP selfie camera around the front.

There hasn’t been much released about the standard Moto Z3’s camera yet, but we expect to see a similar dual-camera setup on that too — perhaps with a slight bump in specifications.

Updated on May 25: Motorola announces an event for June 6, possibly for the Moto Z3.