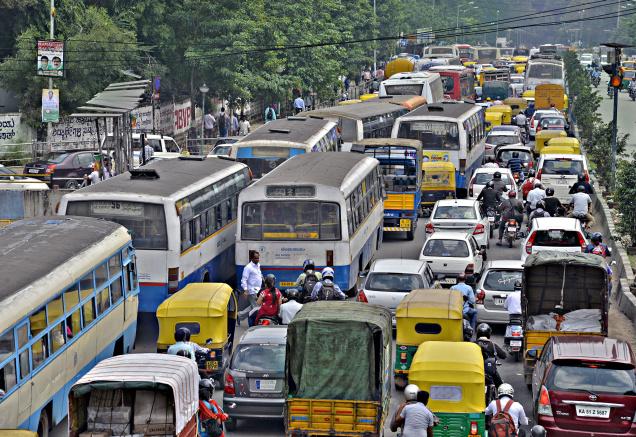 The traffic on the Bengaluru-Mysuru highway has been thrown out of gear following the valedictory programme of Bharatiya Janata Party’s Parivarthana rally, in which Prime Minister Narendra Modi will be participating.

The Bengaluru-Mysuru highway is a major highway that connects many towns including Chamarajnagar, Mysuru, Mandya and Madikeri districts with Bengaluru.

Anticipating Mahadayi and Kalasa-Banduri related agitations, the BJP activists had left from their places in the early hours. Subsequently, there were major gridlocks at different places along the highway. The local residents had to struggle to cross the highway as the police had switched off the signal lights to give preference to the rally-related movements.

The commuting time between Bengaluru and Mysuru increased by at least 1.5 hours on Sunday.

The party workers, including women and children in huge numbers had left in the early hours to plan their arrival for the rally. But, they had to relieve themselves in open wherever their buses stopped for refreshments.