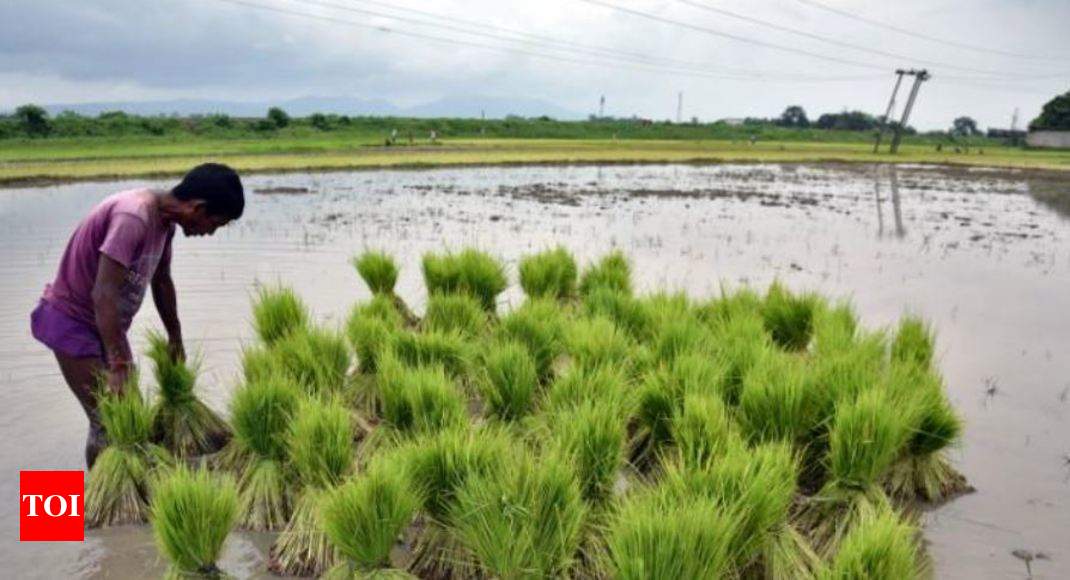 NEW DELHI: Wooing farmers ahead of the 2019 Lok Sabha polls, the Centre today hiked the minimum support price for paddy by a record Rs 200 per quintal with Prime Minister Narendra Modi calling it historic and asserting the BJP-led government has fulfilled the poll promise.

While Modi said he was happy that the assurance to the farmers of giving MSP at 1.5 times the production cost has been honoured, the Congress sought to debunk his claim, terming it another “jumla” and “electoral lollypop”.

The decision to hike the MSP of 14 kharif (summer-sown) crops, including paddy, cotton and pulses, was taken by the Cabinet Committee on Economic Affairs (CCEA) meeting chaired by Modi.

“I am very happy that the promise made by the government to our farmer brothers and sisters of giving minimum support price at 1.5 times the production cost has been fulfilled. There has been a historic increase in the MSP. Congratulations to all farmers,” the prime minister tweeted later.

The decision is being seen as the BJP’s outreach to farmers, who have in recent months held protests in parts of the country against government’s policies, with less than a year left for the general elections next year.

BJP chief Amit Shah hailed the decision as “historic” and said the move would benefit the farming community in a major way.

“I want to thank the prime minister and his cabinet colleagues…This is a big decision in the interest of the farmers…This will resolve many problems faced by the farmers,” he told reporters in Mirzapur in Uttar Pradesh.

Accusing the government of “duping” farmers, Congress chief spokesperson Randeep Surjewala said it has not given cost plus 50 per cent to farmers for any crop as was recommended by the Commission for Agricultural Costs and Prices (CACP).

“The MSP declared today does not fulfil the promise of cost plus 50 per cent of produce If this is not betrayal with farmers, what is it?,” he asked.

The MSP announced today will be given to farmers next year by when this government will be out of power and another one will pay, he said.

BJP spokesperson Sambit Patra told a press conference that the hike in MSP underscores Modi’s “maximum support for the poor” and will lead to the nation’s and farmers’ growth. It is a historic move aimed at doubling their income by 2022, he said.