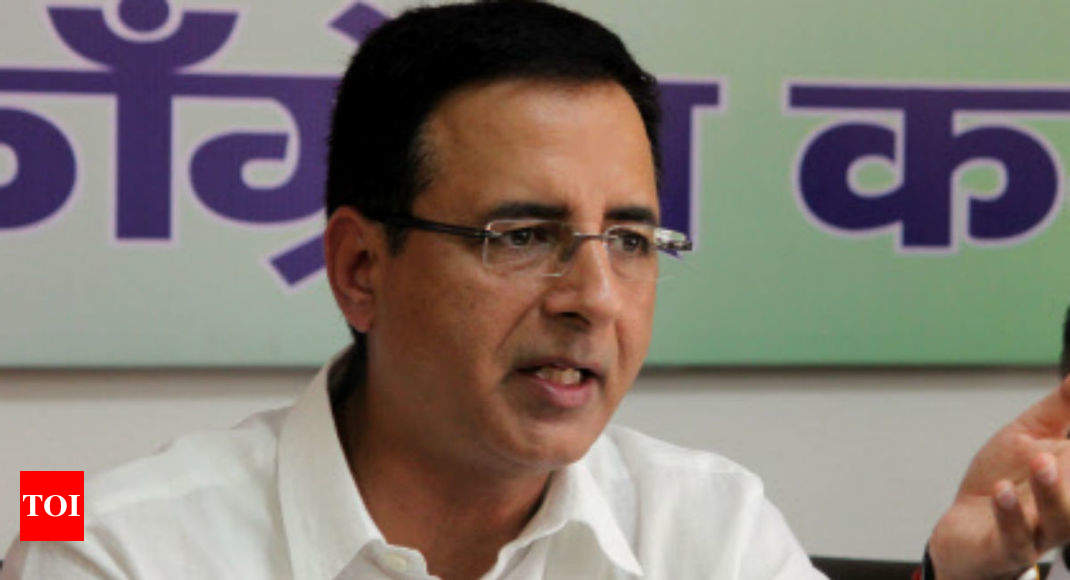 NEW DELHI: The Congress on Friday accused the government of “deceiving” the country and promoting crony capitalism in awarding a private entity the contract for the multi-crore Rafale aircraft deal, which it described as the “mother of all deals”.

Prime Minister Narendra Modi must give answers to the nation, the party’s chief spokesperson Randeep Surjewala said. The Congress will demand in Parliament that the prime minister speaks on the Rafale deal during the current Monsoon session, he added.

“The culture of crony capitalism is the DNA of the Modi government. It is truer than ever in case of the Rs 60,145 crore Rafale deal,” he told reporters.

“The art of deceiving India is the Modi government’s mantra in this mother of all defence deals. Intrigue, conspiracy, deception and loss to public exchequer have marred the unilateral purchase of 36 Rafale aircrafts by the government,” the Congress leader added.

He alleged that the defence offset contract went to a private company, Reliance Defence, which had zero experience of manufacturing fighter aircrafts.

He also alleged that Reliance Defence was formed 12 days before the announcement of purchase of 36 Rafale aircrafts by the prime minister in France on April 10, 2015 and did not have the licence to manufacture fighter jets.

Reliance Aerostructure was given the licence to manufacture fighter aircrafts by the defence ministry but it did not own any land or building on the date of the licence on February 22, 2016, Surjewala added.

Reliance Aerostructure was incorporated on April 24, 2015, 14 days after the announcement of purchase of 36 Rafale aircrafts, he said.

According to the Congress leader, guidelines on defence contracts were violated. The defence ministry has to give its permission whenever a defence offset contract is signed, he said.

He also cited the rule that a contract should be audited by the defence ministry.

“All these rules were violated,” Surjewala said, adding that there was no approval for the defence offset contract to Reliance Defence from defence minister Nirmala Sitharaman. “This is in complete violation of guidelines.”

“Why are Prime Minister Modi and defence minister Sitharaman lying on the issue,” he asked.

The Congress leader demanded that the prime minister and the defence minister answer questions raised by people of the country on the deal.