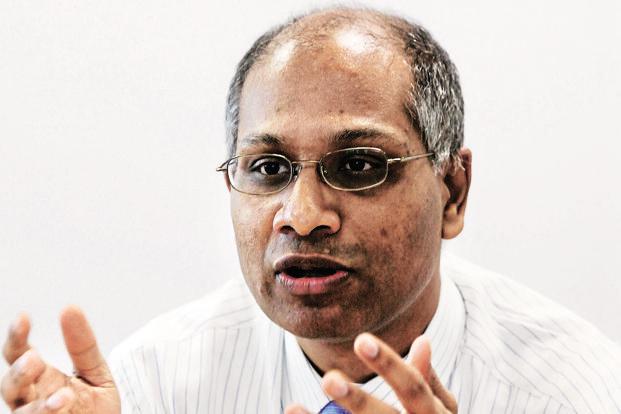 Mindtree CEO Rostow Ravanan. Mindtree has asked shareholders last month to vote on the resolution titled: ‘To contribute to Charitable and other Funds.’ Photo: Reuters

Bengaluru: Should a company spend more than 2% of its profit on charity? The question is pertinent given that Mindtree Ltd, the Bengaluru-based information technology (IT) outsourcing company, has asked its shareholders to allow it to spend 10% of profits, or up to ₹150 crore a year, on corporate social responsibility (CSR).

Mindtree’s decision, which according to observers is the first of its kind, to spend more than the 2% of profit on CSR, however, made some of its largest shareholders queasy. This has also triggered a debate among investors, analysts and proxy advisory firms on corporate spending on social good.

In 2014, India had made it mandatory for companies with annual sales of more than ₹1,000 crore to spend 2% of profits as part of their corporate social responsibility.

Mindtree, which ended with $846.8 million (₹ 5,653 crore) in revenue last year, asked shareholders last month to vote on the resolution titled: To contribute to Charitable and other Funds. While 53.4% public institutions voted against the resolution, it was approved with 72.8% shareholders voting for it. In fact, the support from the promoters, who own 13.35%, and remaining individual and retail investors helped the resolution go through.

“Under Indian laws, all such grants, like our commitment to spend $2 million to set up a Mindtree AI (artificial intelligence) chair at Stanford University, are classified under charitable contribution. So, we decided that although this year we intend to spend a maximum of $4 million in grants to academic universities, we got an enabling resolution to seek shareholder approval for ₹ 150 crore or up to 10% of our net profit,” said Rostow Ravanan, chief executive officer (CEO), Mindtree.

A maximum of $4 million grant in this financial year implies that Mindtree, which ended with $88.4 million in profit last year, will spend over 6.5% of its profit on social causes. This includes the 2% spend on CSR and the 4.5% grants to academic institutions.

Significantly, Mindtree’s decision to spend $1.5 million of the promised $2 million investment to Stanford hurt its operating margin by 60 basis points in the April-June quarter. Still, Ravanan clarified that additional spend will not “change the company’s commitment shared with investors earlier this year on margin expectations”. One basis point is one-hundredth of a percentage point.

Mindtree claims that the additional spend will only be in making grants to educational institutes and these grants will help the firm commercialize intellectual property (IP) from the research carried out by grants made to institutes such as Stanford.

However, proxy advisory firms, investors and analysts contest both claims by Mindtree.

First, Mindtree’s proposal put to vote on increasing its spend did not outline that it was only limited to making grants to educational institutes.

“Your company would like to contribute, donate, subscribe or otherwise provide assistance from time to time to any bona fide charitable, social, benevolent and other funds, body, university, institute, society, trust, etc., for charitable and other purposes,” read the proposal.

“Giving grants to NGOs, and especially when you don’t have the names of recipients, is a complex subject and it opens a Pandora’s box,” said J.N. Gupta, co-founder of Stakeholder Empowerment Services, a proxy advisory firm. “What is stopping more companies to again start increasing this spend on social good, without making relevant disclosures?”

“No company, including Google or Apple, has managed to commercialise the IP from research carried out by grants made to these public institutes. So I’m surprised that Mindtree management claims that it will be able to make a business case out of these grants,” said a Mumbai-based analyst at a domestic brokerage, on the condition of anonymity.

“It is always best to first show the shareholders the result from such a partnership rather than seeking approval to spend a high amount in grants,” said an investor of Mindtree. “After all, shareholders are not in a company for letting it make this largesse, but for dividends.”

Mindtree acknowledges that its disclosure could have been better. “In hindsight, yes, we could have shared more data on this. But then we don’t have all data points (on how much we intend to invest in one academic institute) for now and so we could not share. This is more a glass-half-empty-half-full scenario. While it’s rare to ever get 100% approval from all stakeholders on any new initiative, I’m pleased that the majority of shareholders approved of this,” said Ravanan.