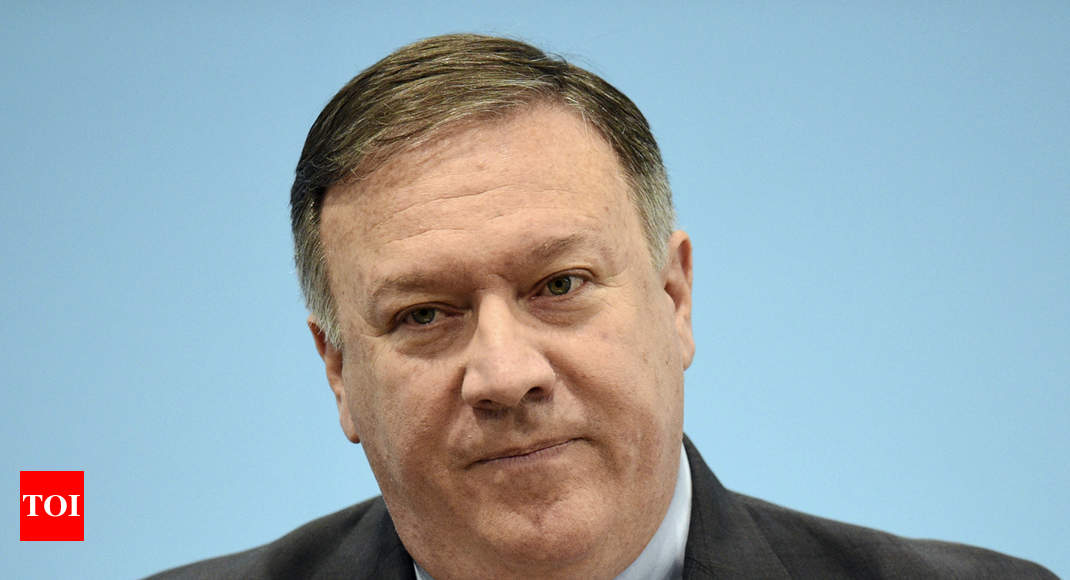 SINGAPORE: US secretary of state Mike Pompeo called Saturday for pressure to be maintained on North Korea as a UN report warned Pyongyang is circumventing tough sanctions imposed over its nuclear weapons programme.

In Singapore ahead of a major security forum, Pompeo said he had urged other countries to strictly enforce United Nations sanctions against North Korea, which reports suggest has made slow progress towards disarmament following a landmark June summit.

The US’s top diplomat said he had “emphasized the importance of maintaining diplomatic and economic pressure on North Korea to achieve the final, fully verified denuclearisation that DPRK has agreed to,” using the initials of the North’s official name.

“I must say from my meetings here, the world is united in seeing this achieved,” Pompeo told a press conference.

“We’re determined to do it, Chairman Kim is committed to doing it. I’m optimistic that we will get this done.”

His comments came as a UN report said Friday that North Korea has resorted to a “massive increase” of illegal ship-to-ship transfers of oil products at sea to evade sanctions.

The 62-page report sent to the Security Council also listed violations of a ban on North Korean exports including coal, iron and seafood that generate millions of dollars in revenue for the reclusive regime.

Pompeo has met with the foreign ministers of China and South Korea in Singapore, as well as with his Southeast Asian counterparts.

His North Korean counterpart, Ri Yong Ho, is also in the city-state for the ASEAN Regional Forum, which takes place later in the day. But Pompeo said he was yet to meet with him on the sidelines of the gathering.

At the summit with President Donald Trump in June, the North’s leader Kim Jong Un signed up to a vague commitment to “denuclearisation of the Korean Peninsula” – a far cry from long-standing US demands for complete, verifiable and irreversible disarmament.

While there have been small signs of progress since the summit, news reports indicate Pyongyang is continuing to build rockets and there have been concerns that some member states are relaxing the enforcement of sanctions on the North.

Pompeo said the US was “heartened” by Pyongyang’s recent return of the remains of dozens of American soldiers killed during the Korean War, but warned that Washington would take the infringement of sanctions by other countries “very seriously”.

“If these reports are proven accurate and we have every reason to believe that they are, that would be in violation” of UN sanctions, he added.

Saturday’s forum, hosted by the Association of Southeast Asian Nations (ASEAN), brings together top diplomats from 26 countries and the European Union for talks on political and security issues in the Asia-Pacific.

The foreign ministers from all nations involved in stalled “six-party” negotiations with North Korea aimed at reining in Pyongyang’s nuclear programme will be at the gathering: China, Japan, Russia, South Korea and the US.

Cutting off oil and fuel to the North would require enforcement primarily by China, which supplies most of North Korea’s energy needs, but also by Russia, which delivers some oil to Pyongyang.

Pompeo said that during his meetings in Singapore, he called for countries to “strictly enforce all sanctions including the complete shutdown of illegal ship-to-ship transfers of petroleum”.

He added in a tweet that his discussions on North Korea with Chinese Foreign Minister Wang Yi sent “a strong signal to the region that, despite differences, #China & the US can work together to get important work done.”

After attending the Singapore meeting, North Korea’s Ri will head to Iran for an official visit, according to North Korea’s official news agency KCNA.

Iran, whose nuclear drive has also sparked international alarm, and North Korea are reported to have a history of cooperation in military and missile technology.