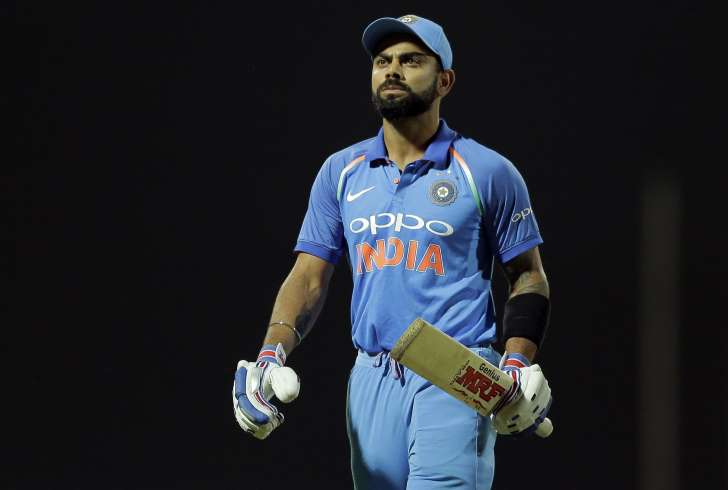 Mickey Arthur, head coach of the Pakistan cricket team’s remark on India captain Virat Kohli’s batting has stirred a new debate in cricketing circles. Kohli has been in sensational form across formats throughout the last season. However, Arthur believes the 29-year-old will find it hard to score runs against in side in Pakistan. “Kohli is a fantastic player but our team will make it hard (for him) to score a century there (Pakistan). It has been a great pleasure to watch Kohli scoring against all teams and it is always enjoyable to watch his batting. However, our bowlers will not make it easy for him to score there,” Arthur said.

Given Kohli’s impressive batting record, Arthur’s comments surprised quite a few cricket watchers. Last week, Kohli notched up his 33rd ODI century against South Africa. The stylish right-hander has now scored a century in all the nine countries (full-members) he has played in. While Kohli has not played in Pakistan, he enjoys a formidable record against them.

Last month, Kohli was crowned cricketer of the year by the ICC, capping off a strong innings for the superstar batsman across all three formats of the game.

“It’s the first time winning the Garfield Sobers Trophy, and it’s a huge honour for me,” Kohli said in a statement.

“It’s probably the biggest of all in world cricket and two Indians getting it back-to-back makes it more special.”

Kohli was also crowned the world’s best one-day batsman, winning that title for the second time since 2012.

He accumulated 1,818 runs in the one-day format including seven centuries.

The 29-year-old was also bestowed a rare honour — selected to captain the ICC’s Test and ODI sides, a team in name only that comprises the best players from around the globe.

India emerged as the world’s best Test side in 2017 under Kohli, with an unbroken series winning streak at home. He also leads the ODI and Twenty20 teams for the subcontinent.