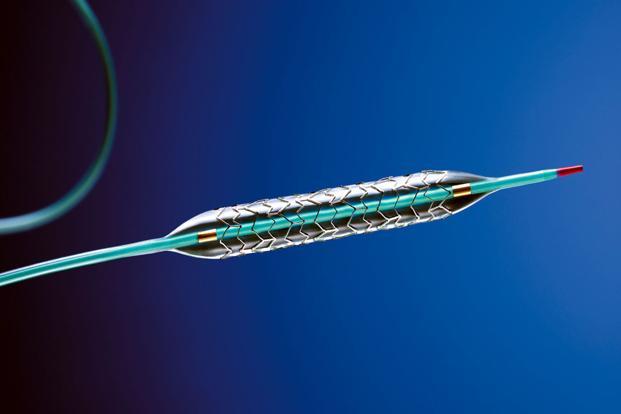 Meril Life has sought exemption under Para 32 of the DPCO 2013, which is applicable when a new drug developed through a unique, indigenous process, is patented under the Indian Patent Act, 1970, and is not produced elsewhere. Photo: Bloomberg

Meril, based in Gujarat’s Vapi, has developed MeRes100, which it claims is the country’s first locally made bioresorbable vascular scaffold, or naturally dissolving stent for clearing blockages in arteries.

It was approved by the Drug Controller General of India (DCGI) last year. These are advanced stents made of biodegradable material, and are an alternative to the traditional metallic stents.

The exemption, if given, will be valid for five years.

The firm has provided adequate justification to the government for launching its product at “any price” it wants, the people cited above said on condition of anonymity.

Meril Life has sought exemption under Para 32 of the Drug Price Control Order (DPCO) 2013, which is applicable when a new drug developed through a unique, indigenous process, is patented under the Indian Patent Act, 1970, and is not produced elsewhere.

At its meeting on 28 June, the National Pharmaceutical Pricing Authority (NPPA) discussed such processes developed by drugmakers to claim the exemption.

“The authority noted that companies have produced documents showing that patents have been granted under Indian Patents Act, 1970 for producing the new drugs in the country by a new process developed through indigenous research and development and companies have also produced documents showing approval of such new drugs from DCGI,” according to the minutes of the meeting.

A representative of the patent office was a special invitee to the meeting. NPPA will now verify the company’s submissions and deliberate upon the matter with regard to the applicability under Para 32 of DPCO, 2013 in the next meeting, added one of the officials quoted above said.

“The authority observed that the matter requires further interpretation”, according to the minutes of the meeting, which Mint has reviewed.

A price cap exemption, if granted, is unlikely to please global stent makers, some of whom withdrew their products from India after their demand for a new category for advanced stents kept out of price caps failed. A government committee decided against creating such a category. Civil society groups, meanwhile, are concerned about the safety of the Meril product and say the government is not doing enough to safeguard patients.

“Meril has got marketing approval on the basis of a single-arm trial run for a short duration of time. It would be ironic if the stent gets an exemption on the basis of “innovative” patentable technology that has an inadequately tested safety profile,” said Malini Aisola, researcher and co-convener at All India Drug Action Network.

“A previous stent by a multinational firm was associated with serious late-stage cardiac events. CDSCO (Central Drugs Standard Control Organization) failed to restrict commercial use of the product, much less protect patients. Without adequate regulation to ensure safety of patients, exemption from price control is meaningless,” she said.

A year ago, the government capped prices of cardiac stents—mesh tubes placed in arteries to improve blood flow—by up to 85%. Since then, many global stent makers have withdrawn their high-end devices, and had been pressing the government to create a new category of stents with advanced features.

This year in February, NPPA reduced the price of drug-eluting and biodegradable stents again to ₹27,890 from ₹29,600.

Earlier, NPPA had approached a sub-committee of experts after receiving representations from companies to include a ‘new generation’ of stents with added features as a category within the DES (drug-eluting stent) category. However, the sub-committee said there were “no grounds” to create a new category.

The firms did not “present adequate clinical evidence of superiority in terms of safety and benefit of their stents over currently available DES”, it said in a report.

“The sub-committee noted that though the companies have claimed that their newer generation stents have incremental innovations in technology in terms of design, polymer coating and drug, they could not produce enough data for superiority in terms of safety and efficacy. The superiority in terms of safety and benefits of a newer stent of a company over the other currently available DES has not yet established through adequate clinical data. Hence, for the purpose of NLEM (National List of Essential Medicines), the sub-committee reiterated its earlier categorization of coronary stents as bare metal stents and DES,” the report added.

In its submission before the sub-committee, Meril Life Sciences had earlier said its new-generation stents are the thinnest and have high-performance delivery systems.

Among the stent makers and importers who made representations before the committee were Boston Scientific India Pvt. Ltd, Abbott Healthcare Pvt. Ltd, India Medtronic Pvt. Ltd and Meril Life Sciences. The companies said that with a new category, quality and innovation would be rewarded and the segment kept viable.