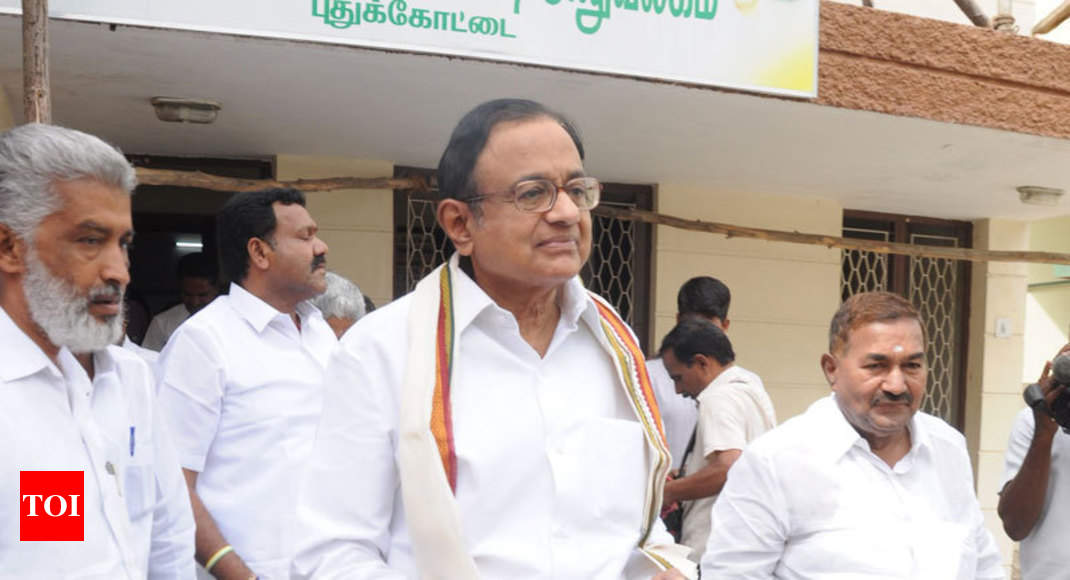 PUDUKOTTAI (TN): Senior Congress leader P Chidambaram on Sunday abruptly walked out of a constituency-level party meeting in Tamil Nadu, after a scuffle broke out between the workers over prior notice regarding the interaction, party sources said.
Chidambaram who presided over the consultative meeting organised in Alangudi assembly constituency here ended the meeting and walked out as his attempts to pacify the warring workers went in vain, sources said.

The meeting was held to discuss the party’s development and its preparations for the general elections next year.

Following a heated exchange between the workers, a scuffle broke out.