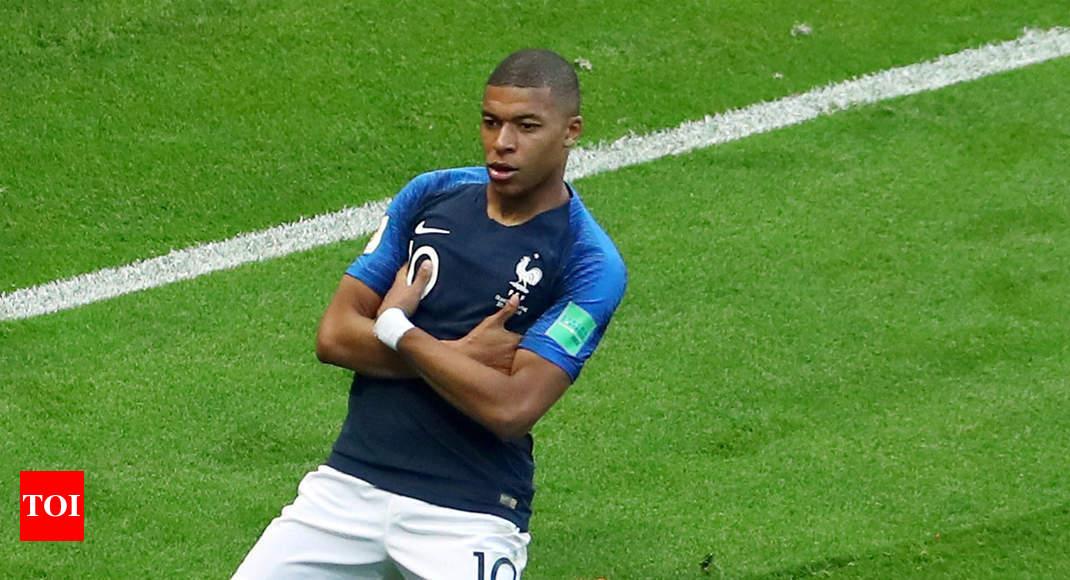 KAZAN ARENA (Russia): France players and the world’s press hailed Kylian Mbappe as an emerging superstar after the 19-year-old eclipsed Lionel Messi in a match that felt like the passing of a torch to a new generation.

Mbappe’s speed and power ruthlessly exposed Argentina’s defence in Kazan in a thrilling 4-3 victory on Saturday that re-established France among the World Cup favourites.

As one number 10 trudged off — the player wearing an Argentina shirt with Messi’s name on — another in the blue of France took the plaudits.

“Move over, Messi, a new global superstar is born at the World Cup,” was the headline in the Sunday Times in Britain.

“In this game, the Messi was him,” French sports daily L’Equipe said above a photograph of Mbappe celebrating. “He showed his talent to the world and overshadowed Lionel Messi.”

The double strike made the boy from the Paris suburbs the first teenager since a 17-year-old Pele to score twice in a World Cup game.

The Brazilian legend tweeted: “Congratulations, @KMbappe. 2 goals in a World Cup so young puts you in great company!”

“He’s got a lot more talent than me,” France midfielder Paul Pogba said of Mbappe.

“And he’s not going to stop there. He’s got so much talent.”

Argentina were simply swept aside by a new generation, and not just Mbappe — another of France’s scorers, Benjamin Pavard, is only 22 himself.

“When you have players having a day like Mbappe had today, it’s very difficult to stop them,” said Argentina coach Jorge Sampaoli.

With an average age of 25, a France side lacking major tournament experience were feeling the flak after three underwhelming group-stage matches reaped one penalty, an own goal and only one scored from open play.

But coach Didier Deschamps’ “baby Bleus” silenced the detractors with the scintillating win over the 2014 finalists that put France back on course for a tilt at emulating France’s 1998 Cup-winning exploits, when Deschamps was captain.

Mbappe was not even born when France won their only World Cup, on home soil.

“I can’t really take it in,” said Pavard, a defender so unaccustomed to scoring he did not know how to celebrate his superb strike.

“I was running around everywhere, I didn’t know what to do.”

Mbappe will be unleashed next on Uruguay, whose steely defence should provide a far sterner test than the shambolic Argentine rearguard.

It may be too early to talk of lifting the trophy in Moscow’s Luzhniki Stadium on July 15, but Deschamps was bubbling with excitement.

“I experienced a lot of great joy and happiness as a France player, and the reason I took this job was to feel the same again,” said Deschamps.

“The lads are young, they have character. As the man in charge, especially when things go wrong, I’m very proud of this team and very happy for them.”