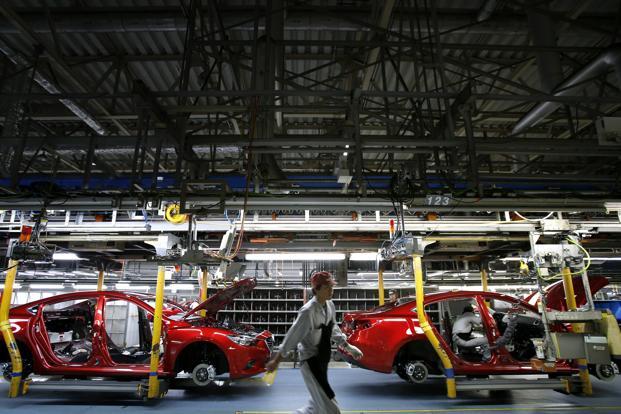 Tokyo: At least 11 people have died and thousands have fled their homes because of flooding in western Japan, with Mazda Motor Corp. in Hiroshima halting production at the weekend.

Local television showed overflowing rivers, submerged cars and homes crushed under landslides in what’s being described as “historic rainfall” this week. National broadcaster NHK said 11 had died and that 45 people were missing. More than 48,000 police, rescuers and military staff have been mobilized to help with emergency efforts, Chief Cabinet Secretary Yoshihide Suga said.

Heavy rains also reached Osaka, which was hit by a strong earthquake last month that killed three people, halting factories and train lines. While the economic impact of the storm appears to be limited, it’s likely to disrupt manufacturing and retail operation over the coming days.