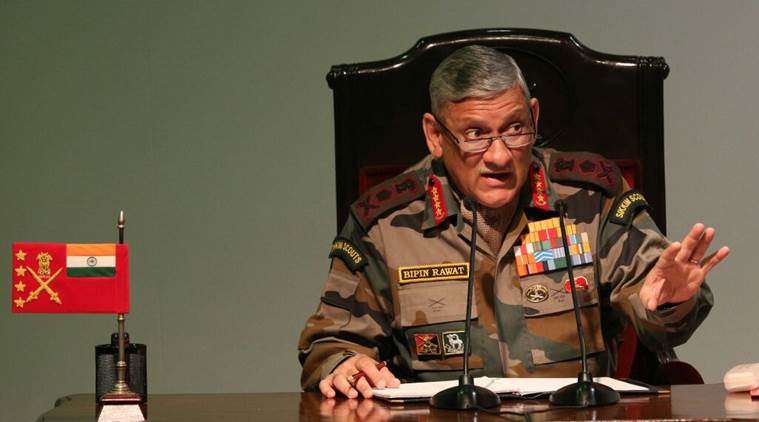 Underlining that the “population dynamics” of the North-East region can no longer be changed, Army chief General Bipin Rawat Wednesday referred to the “faster pace” of growth of Maulana Badruddin Ajmal’s All India United Democratic Front (AIUDF) in Assam.

Speaking at a seminar on ‘North East Region of India — Bridging Gaps and Securing Borders’, organised by the Centre for Joint Warfare Studies and Headquarters Integrated Defence Staff of the Ministry of Defence, General Rawat said, “I don’t think you can now change the population dynamics of this area. If it was five districts to eight to nine… the inversion has taken place, whichever be the government.”

“There is a party called AIUDF, if you look at… they have grown in a faster time-frame than the BJP has grown over the years. When we talk of Jan Sangh with two Members of Parliament and where they have reached, AIUDF is moving at a faster pace in the state of Assam. Finally, what will be the state of Assam, we will have to take a call,” he said.

“I think we have to understand, we got to appreciate to live with all the people we live in the region, irrespective of their caste, creed, religion or sex. I think if we understand that, we can live together happily but the best part is to amalgamate the kind of people that are living there, than identifying the people trying to create trouble for us,” he said.

“We will have more trouble in segregating people, identifying people. Yes, some people have to be identified who are creating trouble for us, who are illegal immigrants. But as was brought out, the Muslim population actually started coming into Assam from 1218 to 1226, that was the first time that the Muslims actually entered Assam. We have to understand that they are not late arrivers, they are the early arrivers, came concurrently with the Ahoms. Both these people have claim to the state of Assam and, therefore, to the North-East region.”

“Migration from Bangladesh is due to two reasons. One is they are running out of space. Large areas get flooded during the monsoon and they have constricted area to stay. The other issue is planned immigration, which is taking place because of our western neighbour. They will always try and ensure that this area is taken over. It is the proxy dimension of warfare,” he said.

“This proxy game is being played very well by our western neighbour, supported also by our northern neighbour,” he said.