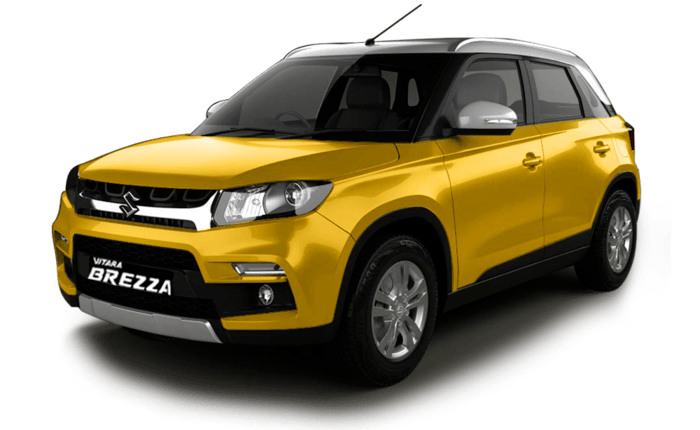 Maruti’s Vitara Brezza, which already enjoys the distinction of being India’s bestselling SUV, has added another feather to its cap by crossing the 3,00,000-unit sales mark. The carmaker says that this makes the Brezza the fastest SUV to reach this milestone in the country, achieving the feat in just 28 months.

A regular in the list of the Top 10 selling passenger vehicles in India every month, the Brezza has not only boosted Maruti’s overall UV sales but also enabled the country’s biggest carmaker to dethrone Mahindra to become the largest UV maker. With sales of 2,53,759 units in FY2018, Maruti’s share grew to 27.53 percent from 25.69 percent, while Mahindra’s UV share (2,33,915 units) dropped to 25.38 percent from 29.20 percent in FY2017 when it was the market leader.

Maruti recently updated the SUV, giving it an all-black interior, the option of a new orange paint and enhanced safety features. But the notable change was the option of AMT gearbox, which gave the Brezza’s popularity a further boost. In fact, Maruti says the AMT has been well received, accounting for over 23 percent of fresh bookings since its launch in May 2018.

We drove the Brezza AMT recently and found that the SUV was convenient and easy to drive around town with a linear creep function minus the jerk that is typical of most AMTs.

“The contribution of the top variants in the total sales of Vitara Brezza has risen to 56 percent. Vitara Brezza continues to be the most loved SUV despite several new entrants in the segment,” R S Kalsi, Senior Executive Director (Marketing and Sales), Maruti Suzuki, said in a company statement.