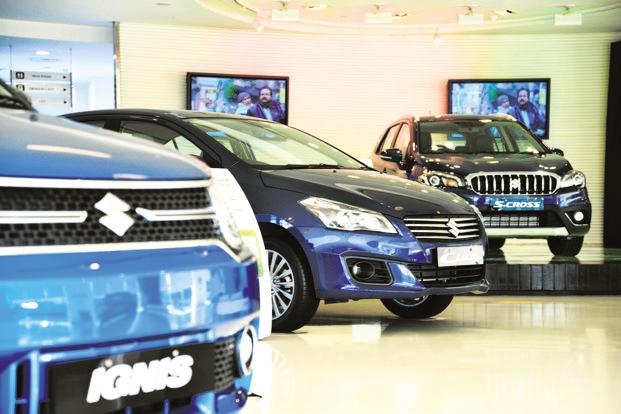 Maruti Suzuki spare parts being sold at its dealerships and service centres would boost profitability at said dealerships while offering an additional source of revenue to Maruti Suzuki. Photo: Ramesh Pathania/Mint

New Delhi: In its quest to improve dealer profitability, Maruti Suzuki India Ltd has created a royalty vertical in its spare parts department wherein the company will offer the option to its vendors—such as tyre makers, engine oil suppliers and battery makers—to sell their wares directly through authorized dealerships and service centres, said two people familiar with the matter.

In return, the country’s largest car maker would charge a certain amount as royalty from the suppliers, the people cited above said on condition of anonymity.

The initiative is expected to be a win-win for both parties as it would boost profitability at dealerships while offering an additional source of revenue to Maruti Suzuki, the people said.

The Suzuki Motor Corp. unit expects dealer revenue from repairs and servicing to decline in the future, as the build quality of its cars improve. The latest initiative is, therefore, aimed at ensuring dealers receive additional revenue and stay profitable.

Dealers currently earn almost 70% of their profit from servicing vehicles.

“The quality of Maruti Suzuki products have improved substantially over the last few years especially when the company ventured into the premium segment,” said the first person cited above. “With the introduction of new emission and safety norms from next year, the quality of products will further improve. So, the need to service vehicles would also further decline.”

The new vertical is led by Gaurav Sharma from Maruti’s accessories sourcing department, both the people said.

A spokesperson for Maruti Suzuki India Ltd declined to comment.

The latest step is considered as the second round of key initiatives at Maruti Suzuki to boost dealer financials as it will add to the retailing muscle of its suppliers. The suppliers currently sell their products in the aftermarket through their exclusive or multi-brand dealerships.

Maruti Suzuki had earlier introduced the True Value brand of used car and vehicle financing business, which are run by its dealers.

The first person said improving car quality would result in Maruti dealers losing a “significant part of the revenue in the longer term”. “Hence, this decision to sell spare parts through its own dealerships makes sense,” the person said.

Advent of electric and hybrid vehicles in India with lesser number of moving parts compared with fossil-fuel vehicles is also expected to bring down vehicle servicing needs including of Maruti Suzuki. Suzuki plans to start selling its first electric car in India in 2020 in alliance with Toyota Motor Corp.

“This move makes sense since it will give additional revenue to dealers but the cost of these parts should not increase when it is sold at Maruti dealerships,” Anil Sharma, associate director at MarketsandMarkets, a market research firm. “For customers also, it would be beneficial if these products can be bought under one roof.”

Sharma said dealer profits have been under pressure for the last five years mainly due an increase in realty costs and declining revenue from servicing cars. Meanwhile, as the auto industry undergoes substantial changes in terms of product development and reaching potential customers through digital platforms, Maruti is taking several steps to maintain the well-being of its channel partners.

The company has started to upgrade its existing non-Nexa showrooms to the Arena concept, which will use digital platforms to meet diverse customer needs.

Mint on 10 August reported that Maruti Suzuki is building a website where car buyers can compare prices, in a direct challenge to platforms such as CarWale and CarDekho, which provide similar services. The carmaker expects such a platform to help generate sales leads as online queries generate data and user information that can be shared with its own dealers.