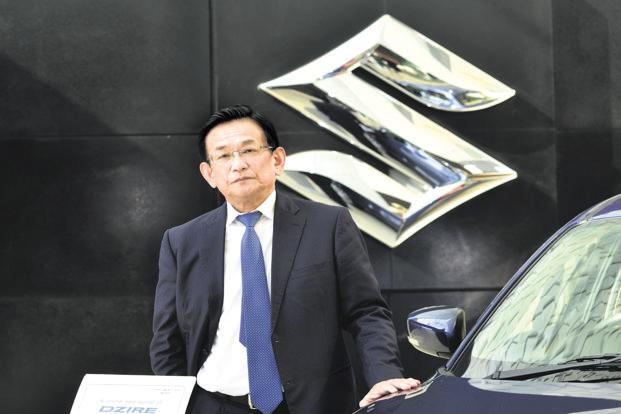 Mehsana, Gujarat: India’s largest carmaker Maruti Suzuki India Ltd plans to make 7.5 lakh more cars at its Gujarat plant by by 2020, a top company official said Wednesday, taking the total production capacity on the three assembly lines to 22.5 lakh units a year. It is also initiating a process to study ways in which production can be expanded beyond 22.5 lakh units after 2020.

The first assembly line of Suzuki-owned Hansalpur (Gujarat) plant has already started rolling out cars. It has a production capacity of 2.5 lakh units per annum. The second production line with similar 2.5 lakh production capacity, is expected to be operational by 2018-end, Maruti Suzuki MD and CEO Kenichi Ayukawa told reporters in Mehsana. “After that we are planning a third factory; maybe it is coming around 2020,” he added.

On 14 June, Mint reported that capacity constraints at Maruti Suzuki are weighing on sales of its cars in the compact utility vehicle segment. According to data from Society of Indian Automobile Manufacturers, Maruti Suzuki has been losing steam in the sub-4 metre UV category (commonly called the compact utility vehicle segment) since April, when the automaker posted flat growth in sales. The Vitara Brezza is the largest selling model in this segment.

Ayukawa said the company plans to have around 5,000-6,000 workforce at the three units. He was speaking on the sidelines of the passing out of the first batch of Japan-India Institute for Manufacturing (JIM) at Ganpat Vidyanagar, Mehsana.

Maruti Suzuki already has a production capacity of 15 lakh units per annum across its two plants at Gurgaon and Manesar. Suzuki recently achieved the 20 million vehicle sales-mark in India, faster than it had done so in Japan, Mint reported on 4 June.

“First we will try 20 lakh total sales, including exports. After that we will target 20 lakh unit sales in the domestic market only,” Ayukawa said, elaborating on the 2020 plan. “I believe 22.5 lakh capacity could be enough, but after 2020 and 2021, how we are going to manage our business expansion that we have to start a study for a long-term plan”.

Suzuki has also planned to launch electric cars in the same time frame, i.e. 2020-21, Mint reported on 6 June. The Japanese carmaker aims to produce as many as 35,000 electric cars annually in India starting 2020-21, when it rolls out the first of these cars in the country, two people familiar with the matter had said.

On Wednesday, more than 250 students graduated from the Japan-India Institute for Manufacturing (JIM) at Ganpat Vidyanagar, Mehsana. The institute is part of Maruti Suzuki’s corporate social responsibility (CSR) initiatives for skill development. JIM is a result of the collaboration between India and Japan to create a pool of 30,000 skilled manpower for manufacturing in India. Maruti Suzuki has invested more than ₹ 6 crore in setting up and running the JIM.

“Blessed by the prime ministers of India and Japan, JIM at Mehsana is a step to equip youngsters in Gujarat with skills that are directly connected with the growing manufacturing industry,” Ayukawa said.