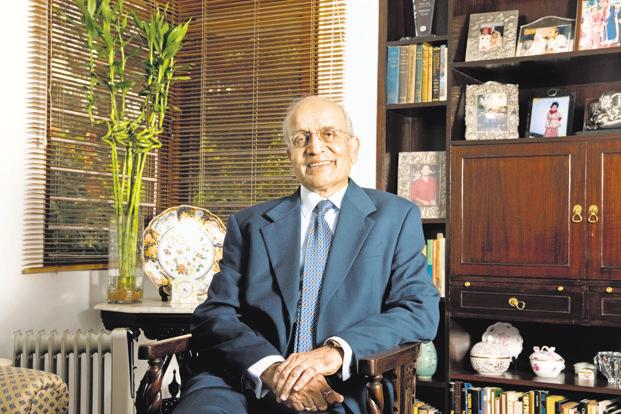 The Indian car market is unique in that 75% of the cars sold are below 4m in length and cost under ₹ 6.5 lakh at factory level, says Maruti Suzuki chairman R.C. Bhargava. Photo: Ramesh Pathania/Mint

New Delhi: Maruti Suzuki India Ltd plans to develop electric motors for its small cars over the next few years, chairman R.C. Bhargava said on Tuesday, as the country’s largest car maker seeks to tap a potentially large market for affordable eco-friendly vehicles. The local unit of Suzuki Motor Corp. also plans to push vehicles that run on compressed natural gas (CNG) as an alternative to petrol and diesel vehicles in the coming years, said Bhargava. Apart from that, the company intends to sell 2 million cars by fiscal 2020 and 3 million units by fiscal 2025.

“The Indian car market is unique in that 75% of the cars sold are below 4m in length and cost under ₹ 6.5 lakh at factory level,” Bhargava said. “Electrification of these cars, in the short term, has to be considered in terms of their affordability as well as the creation of the required charging infrastructure all over the country.”

Suzuki joined hands with Toyota Motor Corp. last year to develop small electric cars for India. Subsequently, the collaboration was extended to hybrid technology. The Indian units of both the companies will also sell each other’s products in the country.

As the number of cars with internal combustion engines will increase substantially in the next 10 years, Bhargava said, “It would obviously be better to use alternative technologies and fuels that reduce the consumption of petrol and diesel, rather than produce only electric cars and internal combustion cars.”

“CNG is a clean fuel already being used and its usage can expand subject to the distribution network expanding. It would be a good intermediate step,” he said.

With some car makers raising their vehicle prices citing higher commodity costs, Maruti has so far decided to abstain from an increase.

“The soft option of passing on rising costs to the customer has not been adopted by us. Instead, hedging activities have helped in reducing the impact of a weakening rupee,” Bhargava said.