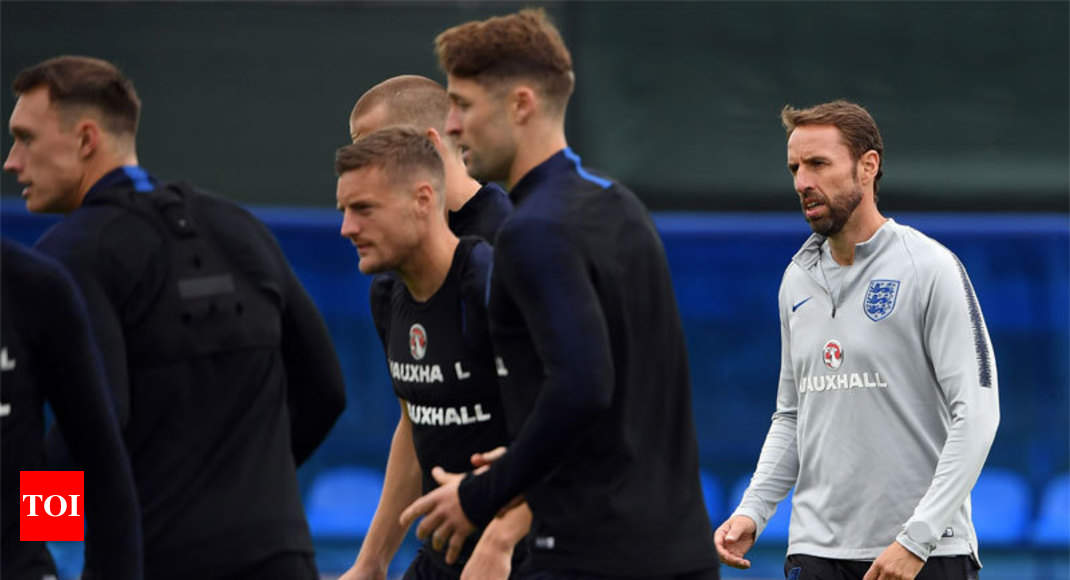 NEW DELHI: Confidence in England is soaring after the team ended a long wait to win a World Cup penalty shootout, squeezing past Colombia in a tense and bad-tempered last-16 tie in Moscow. But Sweden have a habit of upsetting the odds, particularly against England, having lost just one of eight previous competitive meetings.

ALSO READ: Sweden a tricky sum to solve for England

In his exclusive column for the Times of India, former Argentina captain Diego Maradona wrote, “That stage of the competition has come, where there is little to choose between teams. On paper, one may appear stronger than the other. On the field, such differences don’t count, for the desire to outdo each other is usually the same in every team. Looking at how the teams have done so far, you may say England and Croatia have a slight edge over Sweden and Russia respectively. They have that additional spark in attack, you may add. But we have often seen calculations go haywire. There is no question of predicting a winner in a World Cup quarterfinal.”

Enthused by an exciting young squad and a potentially kind draw against Sweden in Saturday’s quarterfinal, England fans are starting to believe they can end a 52-year wait to win the World Cup.

“England are hoping to win the trophy after 52 years. It’s a balanced side, with intent and discipline. Most of the players are young and there are no superstars in the team. The good thing about that is they can all aspire to become one. They have already done something which other English teams could not – won a tie-breaker in the World Cup. Under Gareth Southgate, England have played entertaining football. Strong at the core in a 3-1-4-2 formation, they are compact with an eye on attack. A lot of thrust is provided by the wing-backs and more often than not, the plan is to feed the two strikers from the flanks. It worked against Panama and Tunisia, but didn’t against Colombia. Sweden, too, have tall defenders to take care of aerial balls inside the box. Perhaps, Southgate will devise another strategy and find a different route to the goal to surprise his rivals,” Maradona added.

England, World Cup winners in 1966, have already won over a public disaffected by an early exit in Brazil four years ago and an embarrassing defeat to Iceland at Euro 2016. Gareth Southgate’s men have been drawing more viewers for their matches in Russia than May’s royal wedding, with 23.6 million tuning in for the shootout against Colombia.

“Whatever that may be, it won’t be easy against Sweden. Always a tough team, they upstaged big names like the Netherlands and Italy to reach Russia. Coach Janne Anderson prefers a no-nonsense 4-4-2, which has conceded in just one of the four matches. I don’t think they will change ploy. Unless England score early, the Swedes will defend with numbers and see what they can do on the breaks. They have shown the temperament to carry out this plan. One has to look at Russia to know how home support can galvanize an average team to great deeds. Of course, their journey has been about a lot more than just that, but there will be another 45,000 screaming for them,” Maradona wrote.

Croatia have ended up on the losing side in previous meetings with the host nation at the World Cup, but they are relishing facing Russia in the quarter-finals on Saturday. The teams clash at the Fisht Stadium in Sochi having both reached this stage thanks to penalty shootout victories in the last 16 — Russia stunned 2010 winners Spain before Croatia edged out Denmark.

“Croatia’s attacking flair has to be ready for battle against a resilient unit. The Russians allowed Spain to play their game up to the penalty box and ended the road there. This requires enormous mental strength, concentration and discipline. I love this die-for-your-country attitude. Expect Russia to show more of it. Croatia are one of those teams which have entertained with their delightful football. They have a smooth operator in Luka Modric, who is the engine that powers the car. Importantly, they are not just about him. The team has others who understand their roles and work diligently. Ivan Rakitic, Mario Mandzukic are able performers, with the experience of handling tough situations. But they have a different task ahead of them. And that is beating the hosts in a World Cup quarterfinal! The gulf between class and rankings notwithstanding, this will always take some doing,” Maradona signed off.