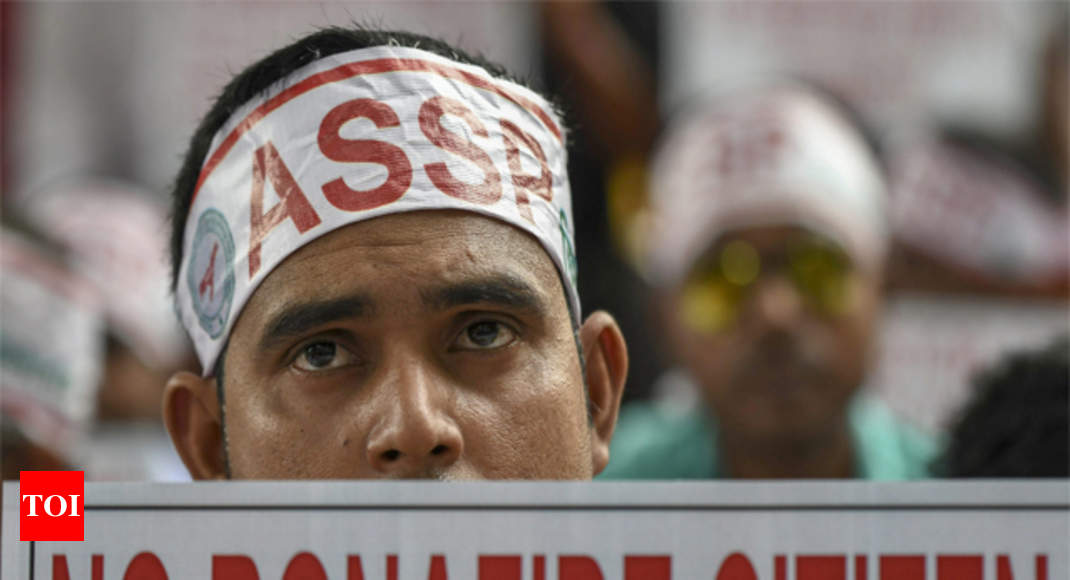 GUWAHATI : Hiralal Debnath, a resident of Rangaphali in Assam’s Nalbari district, said he migrated to India in the 1960s due to religious persecution in the then east Pakistan.
He entered through Tripura and had a migration certificate. But, his name is not there in the final draft of the National Register of Citizens (NRC) as his migration certificate sent to Tripura for verification has yet to return.

People who had come to India from Bangladesh (the then east Pakistan) through different entry points during the 1960s were given migration certificates. During the NRC process, many had submitted this as a documentary proof of their stay in India.

The NRC process requires this certificate to be verified by the state through which the person entered India.

In the same village, which is 80 km from Guwahati, nonagenarian Pushpalata Devi is unable to figure out why her name is not in the draft NRC.

She was 25 years old when the NRC was prepared in 1951and she said her name was in that. Devi told ET: “I have voted in 1965 and now I am bracketed as a ‘doubtful’ voter, thereby my name is not there in the NRC.”

In another case, Ratan Debnath said he was cleared as an Indian citizen by the foreigners’ tribunal in 2016. His name is also missing from the NRC.