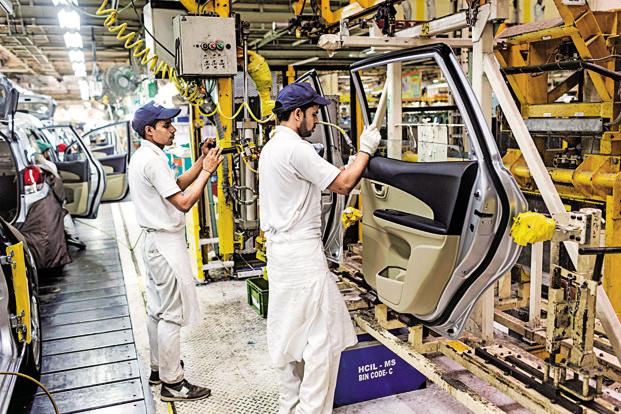 The Nikkei India Manufacturing Purchasing Managers’ Index (PMI) increased to 53.1 in June, up from 51.2 in May.

The Nikkei India Manufacturing Purchasing Managers’ Index (PMI) increased to 53.1 in June, up from 51.2 in May. A reading above 50 denotes expansion from the previous month. This was the fastest improvement in the manufacturing index this year. Those surveyed linked greater output to favourable demand conditions. Output growth was reported across all market groups.

The chart shows that, despite all the talk of trade wars, manufacturing exports increased at a brisk pace last month. The survey said anecdotal evidence pointed to stronger demand from key international markets. 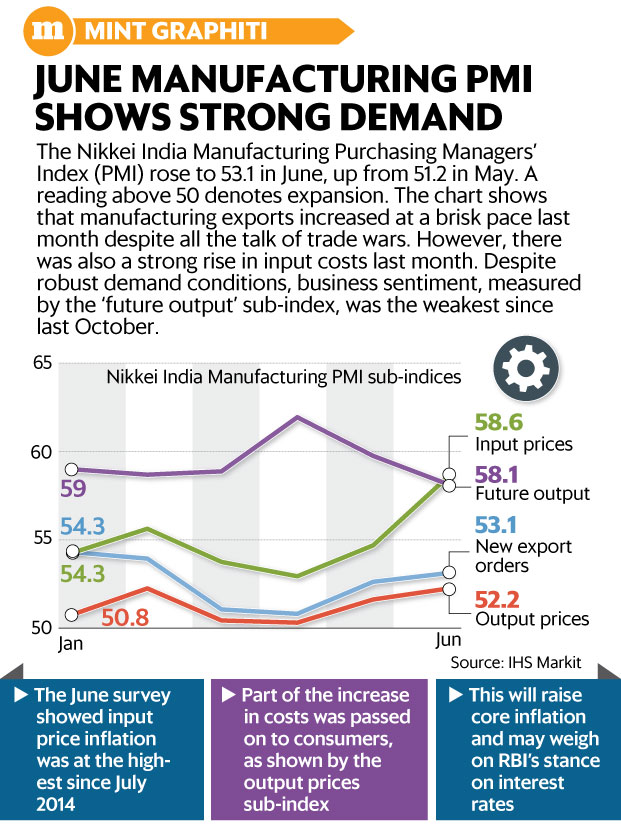 However, the chart also shows a very strong rise in input costs last month, with firms saying steel and fuel were key inputs that saw rising prices. The June survey put input price inflation at the highest since July 2014. Part of the increase in costs was passed on to customers, as the output prices sub-index shows. This will raise core inflation and will weigh on the Reserve Bank of India’s stance on interest rates.

Despite the robust demand conditions, business sentiment, measured by the “Future Output” sub-index, is the weakest since last October. This is undoubtedly due to worries about trade wars, currency wars, higher interest rates and a deterioration of the macro environment.

Aashna Dodhia, economist at IHS Markit, said, “The dip in optimism partly reflected concerns of a potential market slowdown in the year ahead. Indeed, some of the key challenges to the 12-month outlook include tighter domestic monetary policy and persistently high inflation.