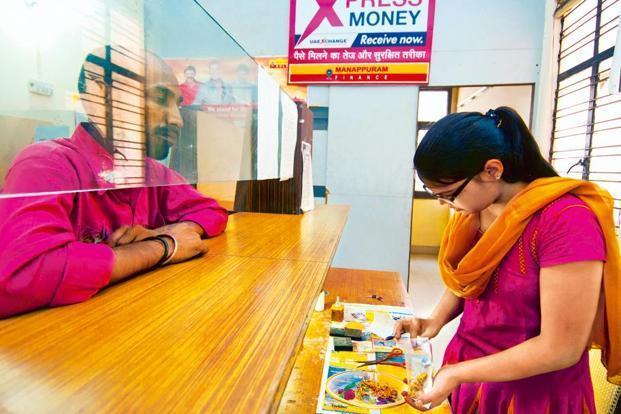 New Delhi: Manappuram Finance on Thursday reported 21% rise in its net profit at ₹199.99 crore in first quarter ended June of this fiscal. There was a net profit of ₹165.39 crore in the similar April-June period of 2017-18.

Total income during the period rose to ₹947.18 crore from ₹856.30 crore in same period year ago, it said in a regulatory filing.

The company said its board has declared an interim dividend of ₹0.55 per equity share. The interim dividend among the shareholders and the dividend/dividend warrants shall be paid/ dispatched on or before 7th September 2018, it said in the filing.

Besides, the company said it has also been given approval by the board to raise up to ₹3,000 crore through public issue of non-convertible debentures in multiple tranches in the current financial year.