India losing the toss and being asked to bat first could well turn out to be a blessing in disguise for with the way the pitch has played the ball could turn for the team batting last and that won’t be easy to negotiate.

When the Indians got to 50 without losing a wicket, Joe Root, the England skipper would have been wondering if his decision to field first was correct. Dhawan and Rahul looked good as they played close to the body didn’t poke outside the offstump and looked solid. The next hour though saw England strike back with the hero of the second Test, Chris Woakes, getting Dhawan with a beauty and then next over got Rahul out lbw.

Then Pujara, whose mind has been messed up by being told about his scoring rate, went for a hook on the stroke of lunch and was caught at deep square leg. That’s not his natural shot and just showed that when you try and tell a batsman to change his approach after he has got more than 4000 runs, it can be counter-productive. Pujara’s strength is occupying the crease, so that batsmen at the other end can play their shots around him.

The Kohli-Rahane partnership steadied the innings and England once again were on the back foot. If India can get 300, they can put themselves in a position to take control of the match. 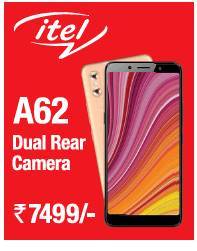