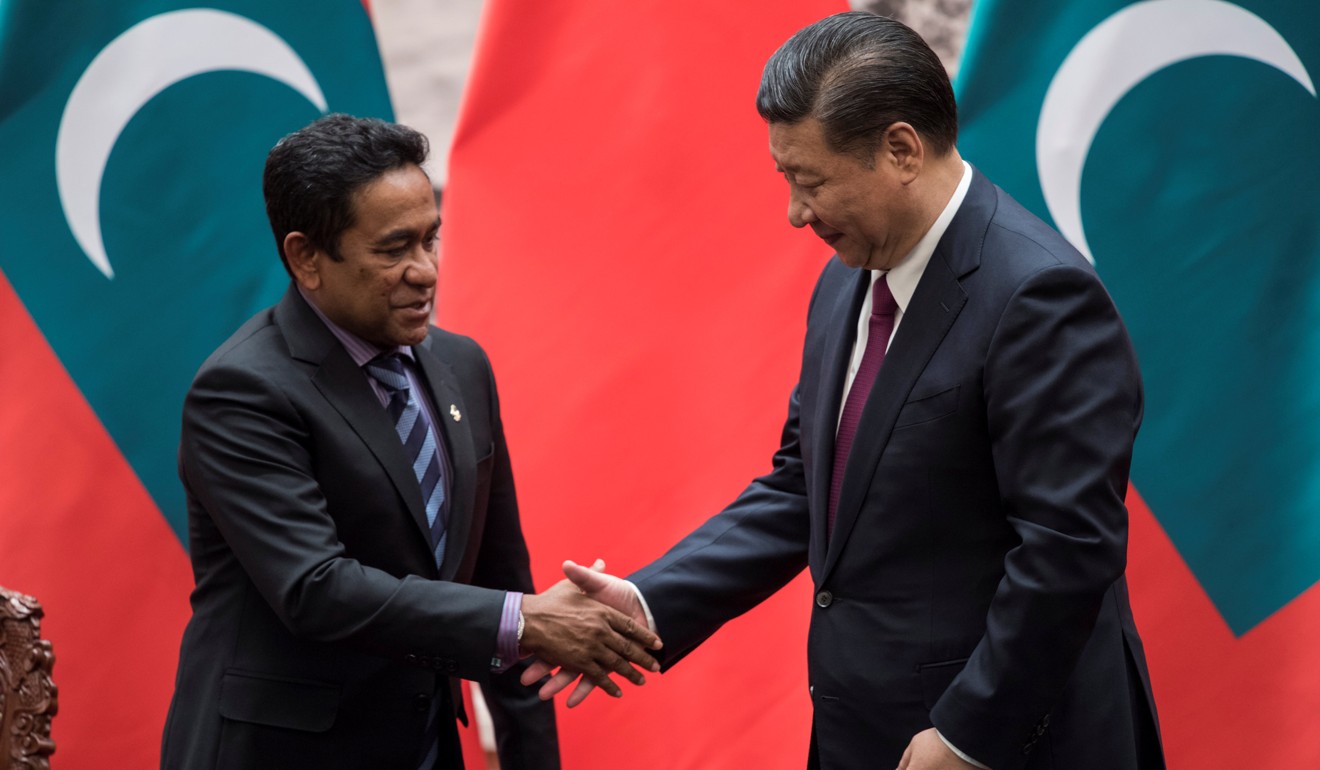 As India expressed growing concern on the situation in the Maldives, an editorial in a Chinese newspaper on Wednesday said India had no justification for intervening even as it hit out at India’s strong desire to control South Asian countries.

The Ministry of External Affairs said it was disturbed by the declaration of a state of emergency by the government of President Yameen, as well as the arrest of Chief Justice of the Supreme Court and the former president Abdul Gayoom, even as former president Mohammed Nasheed called for the support of India and the international community.

China’s government, which has fostered close relations with the Yameen government emerging as both a major investor as well as the biggest source of tourism, reacted cautiously on Tuesday, after Beijing issued a travel advisory against unnecessary travel. The Foreign Ministry suggested it wasn’t in favour of any international intervention and that the Male government has the wisdom and capability to deal with the current situation on their own.

In less diplomatic language that reflects a widely-held view of many Beijing strategists, the Party-run Global Times in a Thursday editorial said that “for a long time, the Maldives has had to choose between being manipulated by India or its independence as a sovereign state.”

“India has a strong desire to control South Asian countries. It regards the region as its backyard. New Delhi is particularly sensitive to any endeavor by small South Asian states toward independence and autonomy, especially ties with other major powers. New Delhi takes it for granted that it can openly intervene in their domestic affairs, it said. “But consciousness of sovereignty is rising among South Asian states. This, combined with New Delhi’s clout, is permeating the region’s political life.

Warning India against intervention, the editorial said, Political struggles are supposed to be internal affairs, and New Delhi has no justification to intervene in Male’s affairs. The Maldives must be under huge pressure from India.”

“The Maldives’ sovereignty should be respected,” it added. “The political unrest should be left to the Maldivian people to address. We urge all sides in the country to exercise restraint and end the crisis at the minimum cost, striking the correct balance between legal and governmental authority.”