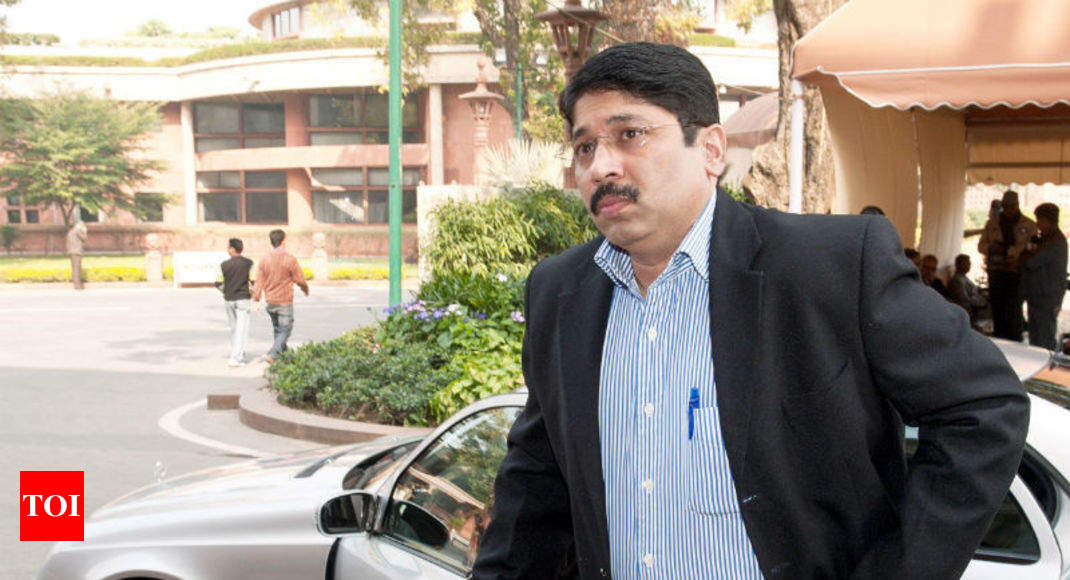 CHENNAI: The CBI on Friday contended in the Madras High Court that the trial court was wrong in discharging former telecom minister Dayanidhi Maran, his brother Kalanithi and other accused in the “illegal” telephone exchange case, saying a prima facie case had been made out against them.

Commencing arguments on the CBI’s appeal filed against the trial court’s March 14 order before Justice G Jayachandran, the agency’s counsel Srinivasan accused Dayanidhi of having abused his official position to obtain a large number of telephone connections and allowing them to be commercially used by Sun Network owned by Kalanithi Maran during 2004-06.

The rules permitted only three landline connections and two mobile connections to the minister and the number of free calls was also limited, he submitted.

But bills were never raised by the BSNL for the connections obtained by the then minister treating them as service connections, which was illegal, the CBI counsel said.

“Practically a single person cannot use hundreds of phone connections. Therefore, it must have obviously been used by some other person, and that some other person is Sun TV,” he contended.

Earlier, the judge refused a plea by the counsel for Maran brothers to adjourn the hearing on the appeal till next month end due to non-availability of senior counsels.

The senior counsels who were to appear on behalf of the Maran brothers were out of the country, the counsel said.

“The CBI took three months to file this appeal after the trial court’s order. We need a reasonable time to go through the voluminous affidavit filed by the CBI, he said.

However, Justice Jayachandran rejected the plea and noted that three weeks’ time was sufficient to read the case documents and arrange for the appearance of senior counsels from Delhi.

The judge also directed the counsels on either side to cooperate with the court for speedy disposal of the appeal.

He then posted the matter to July 17 for further hearing.

The special judge for CBI cases on March 14 had discharged all seven accused from the case, saying there was no prima facie case against them.

The CBI had alleged that an illegal private telephone exchange was set up at the city residence of Dayanidhi during 2004-06 when he was the telecom minister and it was used for the business transactions of the Sun Network.

The central agency had alleged that Dayanidhi had caused a loss of Rs 1.78 crore to the exchequer.