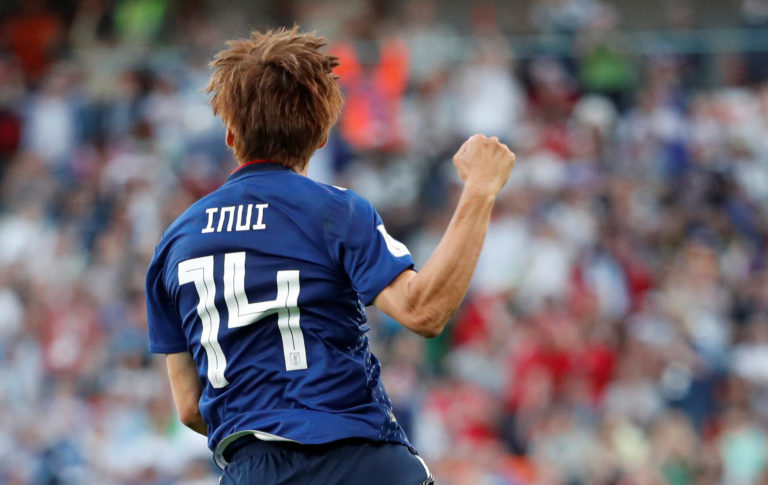 Nishino rolled the dice not once, but twice here in a fog of muddled thinking and, in the end, was only spared total humiliation back home courtesy of the fair play rule. No one, least of all his players, could quite fathom his decision to make a raft of bewildering changes with everything still to play for against Poland. And no less bemusing was his insistence that Japan run down the clock for the final 10 minutes of the match amid a cacophony of boos inside the Volgograd Arena, despite the knowledge that a second Poland goal or a Senegal equaliser against Colombia would have sent his team crashing out.

Get the logic? No, nor do I. Japan were heading out after falling behind to Jan Bednarek’s volley shortly before the hour mark and, at that point, Nishino looked like a ghost. It was possible to tell just by looking at that deeply worried expression on his face that he knew he was heading for an almighty fall if something did not give. And then Colombia came to the rescue, or rather the towering figure of Yerry Mina did.

The 6ft 5in defender’s winning goal against Senegal may just have earned him a place on Nishino’s Christmas card list. It also helped that the lamentable Robert Lewandowski missed a glorious chance to double Poland’s lead right before Mina spared Nishino’s blushes. The Bayern Munich striker might be on the Christmas card list, too.

With the same points, goal difference and goals scored as Senegal, Japan went through by virtue of having two fewer yellow cards than their opponents. It was the footballing equivalent of heading straight past Go in Monopoly and avoiding being sent directly to jail. Japan’s prize is not £200 in this instance but a place in the last 16.

Japan have their weaknesses, and a madcap coach, but their next opponents should, at the very least, know that their next opponents have lived a charmed life so far in Russia. They played against ten men for 87 minutes in their opening 2-1 win against Colombia after Carlos Sanchez’s red card for handball and got away with an awful goalkeeping error from Eiji Kawashima in their 2-2 draw against Senegal. Now this.