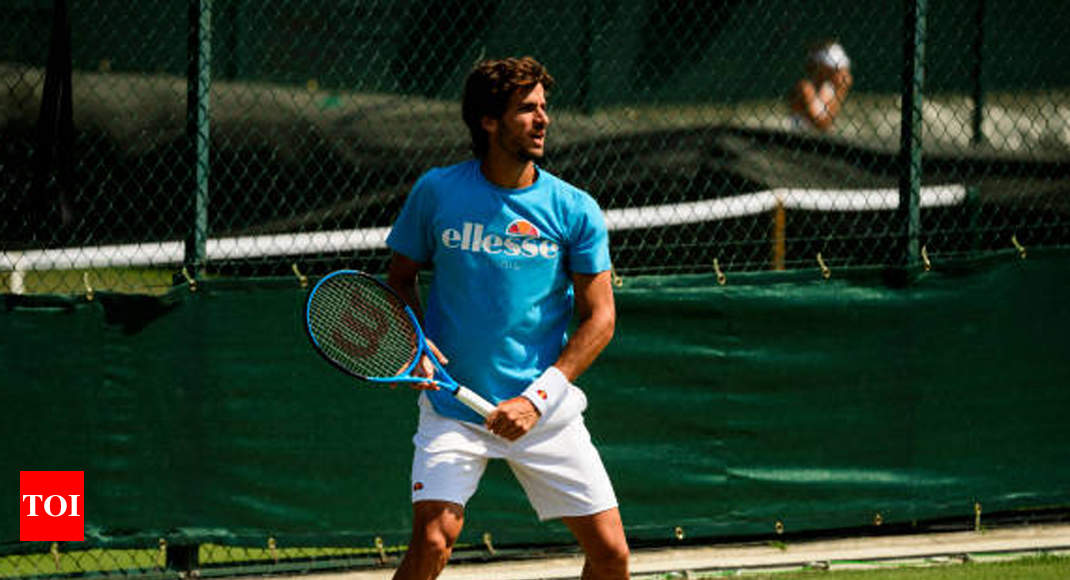 LONDON: Spain’s Feliciano Lopez set a new record for consecutive Grand Slam appearances on Tuesday when he started his 66th major in a row at Wimbledon.

The 36-year-old left-handed Spaniard had equalled the mark set by Roger Federer at Roland Garros.

On Tuesday, the 70th-ranked Lopez grabbed the record when he went on court to face Federico Delbonis of Argentina at the All England Club.

Lopez has not missed a Slam since making his debut at the 2002 French Open.

“But it’s nice that more and more players are able to keep themselves in shape.

“Especially I think as Feliciano and me, we go way back to the Junior European Championships under-16 here in Hatfield, all the way to today, that we can talk about breaking each other’s records, him breaking mine.

“It’s a great thing. It’s a testament for both of us to keep yourself in shape, loving the sport.”